No matter what lifestyle you lead, you should be saving your memories to see where you’ve come from. We are always on the lookout for the best and most efficient way to store and organize our many pictures and videos. 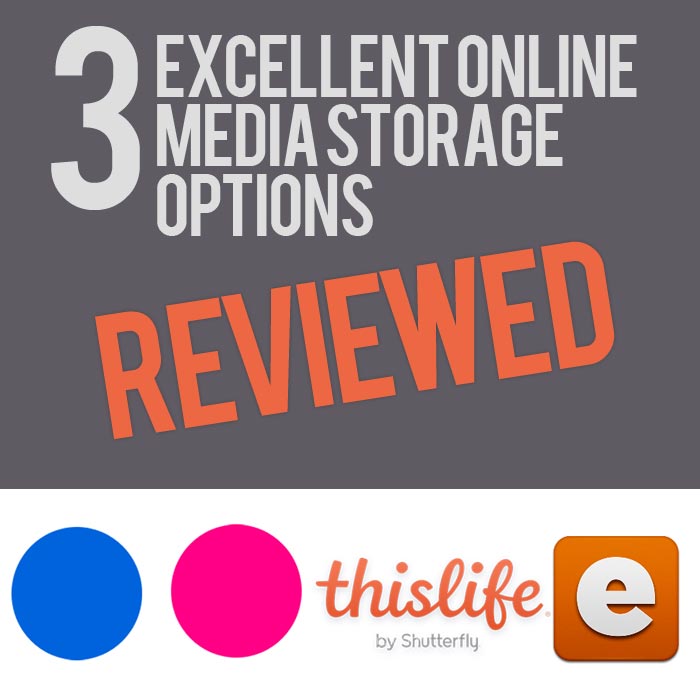 We have 4 external hard drives, but for the most part we vastly prefer doing anything we can online. Here are the Best Online Backup Services, and organization tools we’ve found thus far.

A few years ago we started using This Life and were hopeful of finally conquering our disorganized memories stored in picture and video files. While the interface was clean and beautiful, I found that I struggled with it because it was somehow so different from how I’m used to organizing. Also, 25,000 photos might seem like a lot, but we found ourselves approaching capacity much faster than expected. We’ve since found two less expensive solutions, but I still mention ThisLife because I was very impressed with its facial recognition capabilities which sorted our pictures with ease. It was also recently acquired by Shutterfly, and it looks like the organization is a lot more intuitive now. I’m sure the efficiency is probably worth the money if you have it to spend.

And finally, this year Flickr unveiled a super sweet option for its users – 1 whole TERABITE of free space for photos and videos – that’s 1,000gb. I’ve always been wary of using Flickr because I know people share and use the pictures on there about as badly as they do with Google Image Search, no regard or understanding of copyright. But the amazing space ploy made me investigate more and I immediately signed up and made everything private, which I think should do the trick.