There’s nothing quite like the kind of friends you can pick up with right where you left off. We only get to see Kirk & Karla about once a year, but it’s always a good time, and it seems like each year they try to outdo the last year with the food they cook. So, you know, they’re clearly the right friends to have 😉

We go back, back. Back to 1999. Well, some of us do, we didn’t all meet at the same time. At one point, though, we were all living in the same house for 3 months. I also lived with Karla for about 14 additional months, and David and Kirk lived together for an additional 9 months or so – we were doing mission work. 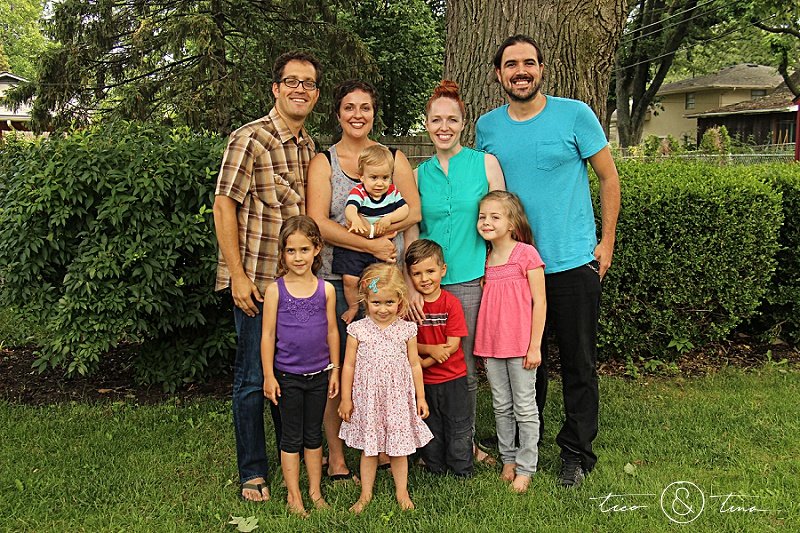 The boys discovered that they both love spreadsheets, and were nerding out with some show-and-tell. Data. So manly.


On Sunday we visited their church and I had a rather strange experience when a random dude yelled out “hi!” as I was walking by. He added “You look like my mom! Kinda.” I wouldn’t have thought that much about it except that 1. he looked older than me. and 2. he was black… We decided to just push through and get on home late Sunday night instead of stopping over at John & Stephanie’s again. We still ended up having to run errands all day Monday, but at least that didn’t get pushed to Tuesday! And the kids finally got to sell something to people. Jeff was so nice and set things up for them to do a lemonade stand outside the coffee shop. I really wasn’t expecting much since it was cloudy and a little chilly, but they ended up making $14 (after expenses) and it was a really good experience for them.