A long while ago I ran across this guy on YouTube who was doing an experiment of sorts on rejection. It was pretty cool – taking a risk, asking people if he could do some pretty random/cray things, or asking people to do random/crazy things for him – just to see what would happen, and of course recording his experience.

I subbed to his channel and completely forgot about it, until March of this year, when we were at a Storyline conference in San Diego and he showed up as one of the speakers. As he began to talk about his project, I suddenly realized I already knew who he was.

One of the things he said really stood out to me. 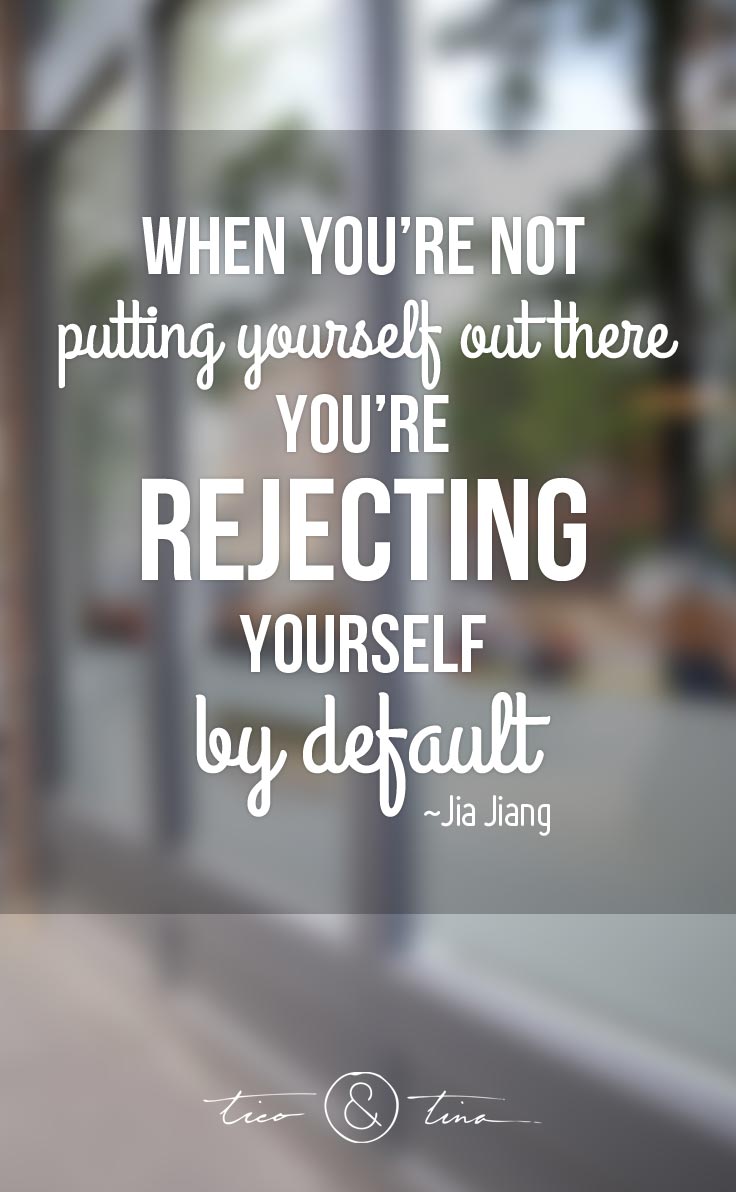 On today’s Soundbites for Success we talk about this a little more and share a bit of Jia Jiang’s journey.