Once upon a time in a land far, far away from a young prince’s home, a Tia was fast asleep in her bed when she was startled awake by the tap-tap-tapping of what seemed to be a little bird. As the tapping did not stop, she soon went to investigate. Peering out her front door she saw nothing out of the ordinary until she looked down and noticed a little mop of shaggy blonde hair.  She realized the prince’s parents must surely still be asleep, so she invited the young prince in to watch some cartoons.

Before long, the small child decided to return to his current place of residence, so he trotted back across the yard and I’m a little fuzzy on the details from then on out. suffice it to say that that was the one and only time we’ll be forgetting to put the security alarm on. Obviously the monitor that we have in the kids’ room is not helping us out all that much. (what time was it when the young boy ventured over to Tia’s house all on his own, you might wonder? oh, that was at the dastardly hour of 6:00am.)

speaking of security alarms, that is the wonderful sound to which we awoke the other day as little Maverick somehow managed to unlock and open the door between the kitchen and the entrance and then proceed to also unlock and open the outside door. methinks something will need to change on our doors when we get back home to the States. I can only imagine the mischief.

in other news, young love is alive and well in Costa Rica. Krista has managed to capture the interest of several young men along the way thus far, tonight being no exception.

as the photo indicates, children can be useful icebreakers

Is thoroughly enjoying the awkwardness that is teenage multilingual flirting 😉

and finally, tokens of love are accepted: 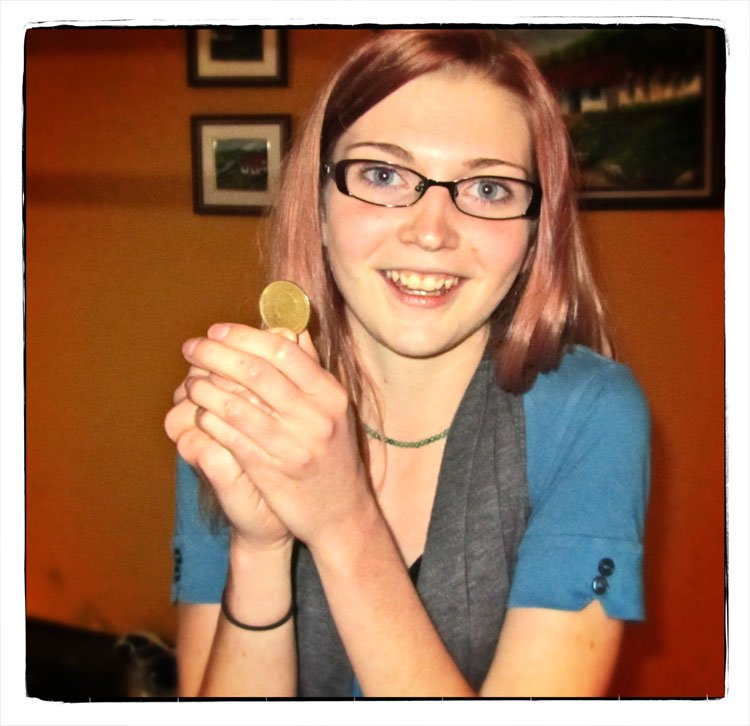