As minimalists, we’re pretty selective about what toys we bring into our home.

Let’s face it, as parents we’re also selective about what we’ll have to pick up after…

We try to mainly stick to toys that encourage creative play – stuff the kids can build with, tear down, and build something else.

We’re pretty familiar with all the usual options, so when we got the chance to review a newer toy called Bunchems, I signed up because I could tell it was something our kids would play with for hours.

I was totally right. (As moms usually are.) 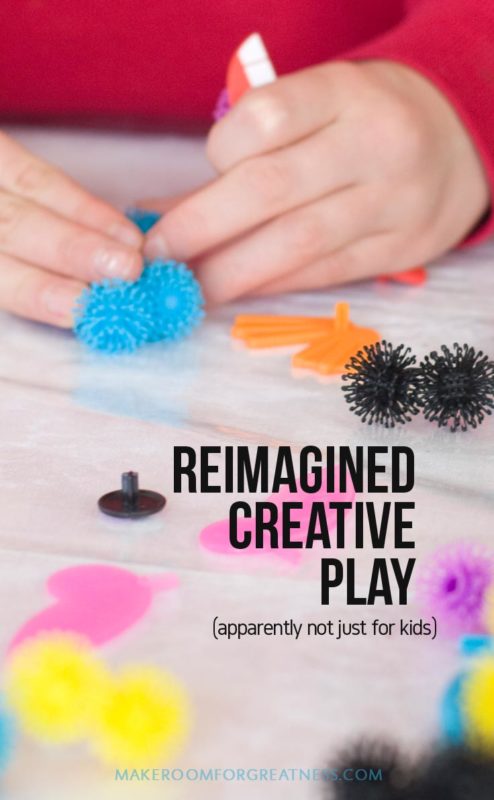 What I didn’t anticipate, was how David would get sucked in, too!

His assignment was just to take some pictures of the kids making stuff with the Bunchems, but he ended up playing with them for a couple hours – including taking it upon himself to put them away, all sorted by color into neat little stuck-together rows. 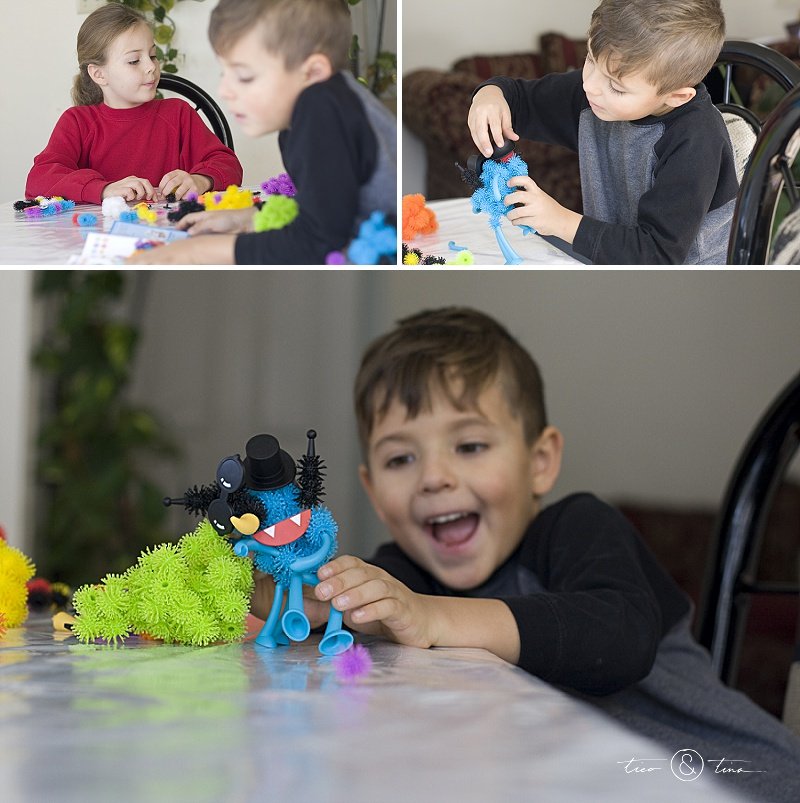 I have to admit, there’s something about them being so easy to just bunch together… it’s sort of relaxing, and a bit of a fidget toy. 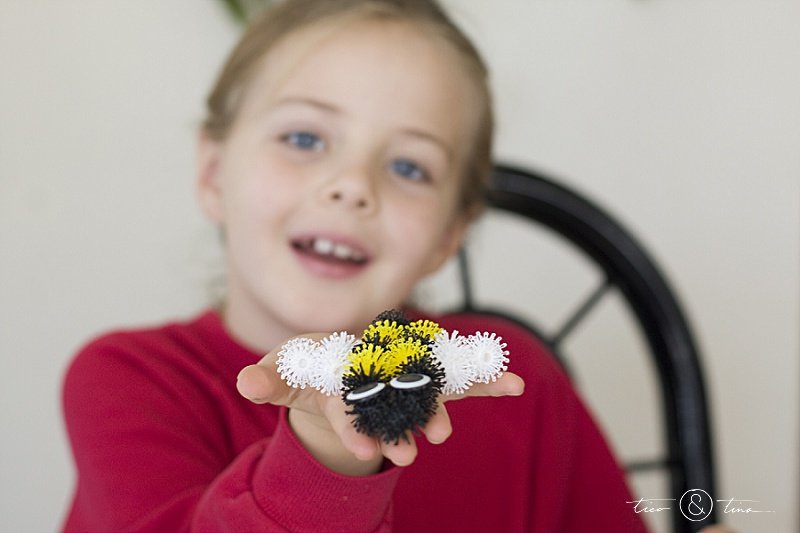 Basically they’re just colorful little balls that easily connect to make all sorts of crazy creations. They come with fun eyes, wings, noses, and other random accessories that encourage your creativity to bloom. 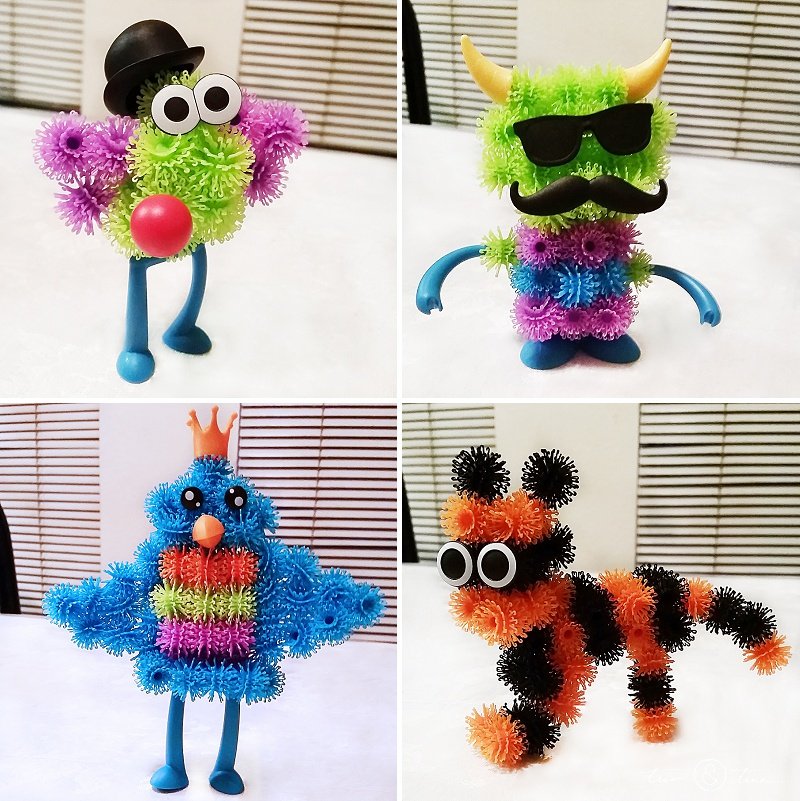 You know something else that’s cool about Bunchems? They don’t really hurt if you step on one, hehe. 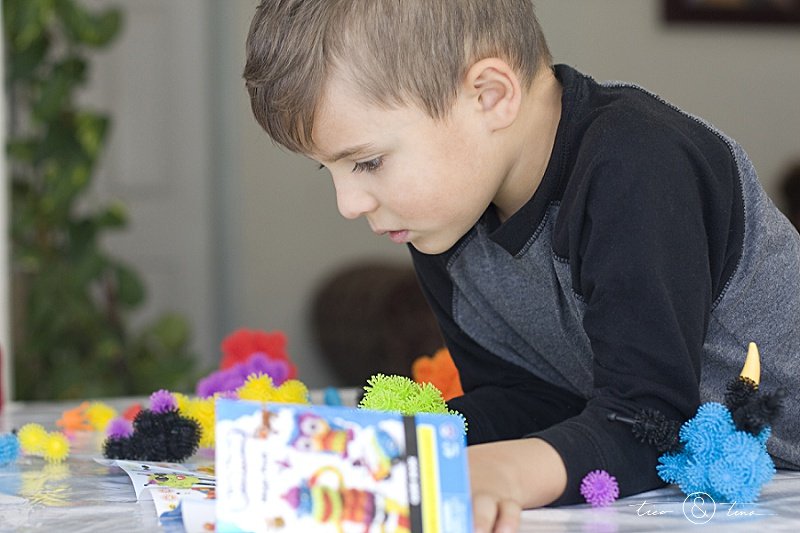 I couldn’t in good conscience fail to point out that when it says on the box to keep away from hair, they mean it. We did have a bit of an incident when friends were over and things got a little cray… let’s just say that Maeve always puts her hair in a ponytail when she plays with Bunchems now, but it certainly didn’t deter her any – she was back to creating with them for hours the next day!

So all in all, it looks like Bunchems are worth keeping in our creative play toy collection for a long while to come!

I was selected for this opportunity as a member of Clever Girls and the content and opinions expressed here are all my own.