Kitchen clutter is one of the easiest things to get rid of ! 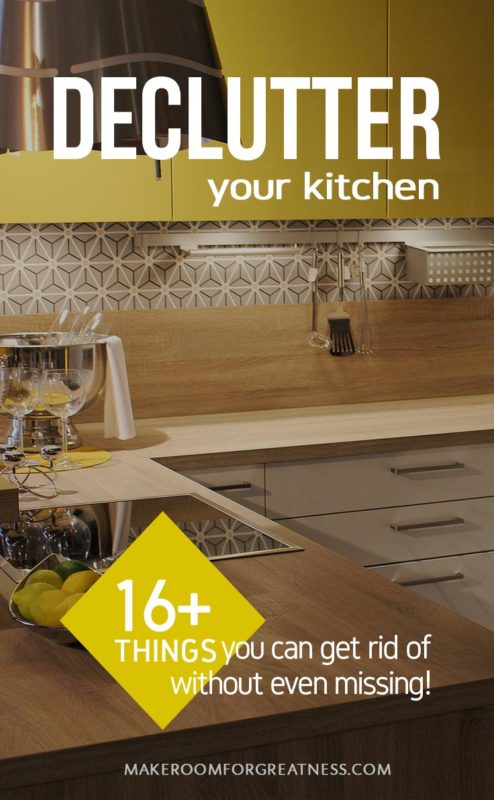 Kitchens tend to have a lot of unnecessary duplicates.

I suspect that dishwashers play a part in making us feel like we need multiples of things. Oh, that thing is dirty and in the dishwasher, thank goodness I can pull out one of my five extras. Only one of the reasons we  choose not to have a dishwasher, but not hating on those of you who d0 – I get it. 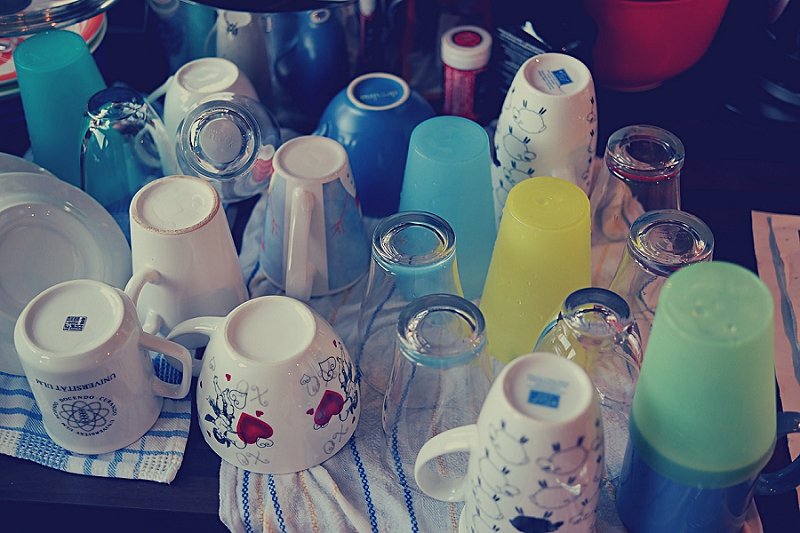 Why do people have so many glasses?

I suppose using a different one for each beverage might make you feel more sophisticated, but you probably still have one or two favorites that you always gravitate toward like your comfy sweater.

What about those plastic cups you brought home from the restaurant for the kids? Nothing too classy about those.

There are probably quite a few glasses and mugs in your cupboard whose main job is collecting dust, which is really kind of sad for them. Set them free. 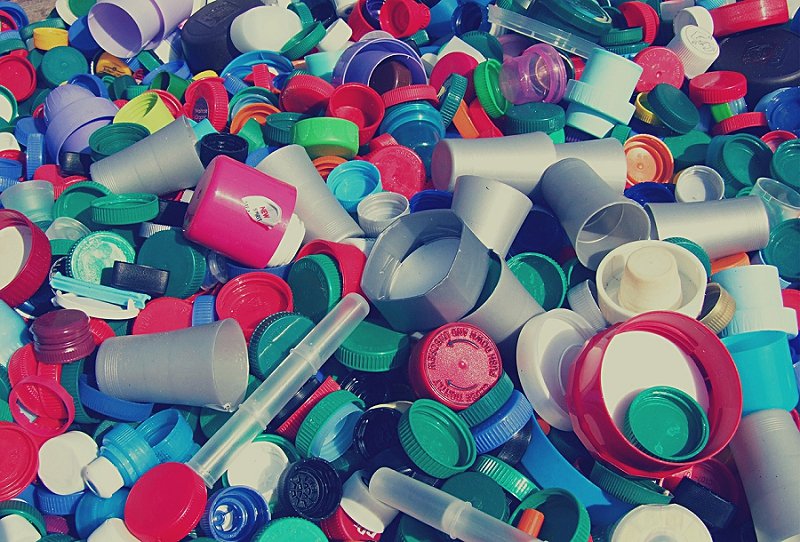 First of all, this is more of a personal preference, but glass is so much better for storing leftovers – sooo much easier to wash, doesn’t stain, doesn’t put toxins in your food if you microwave in it, etc.

If you’re into your plastic, though, it’s likely that you have stuff with missing lids or that’s been damaged in some way, or just plain way more of them than you can ever use at once.

My parents made a smart decision years ago and ditched their other containers in favor of the ones that have the lid attached. Goodbye obnoxious floundering around trying to find the right container combination. Miss you never! 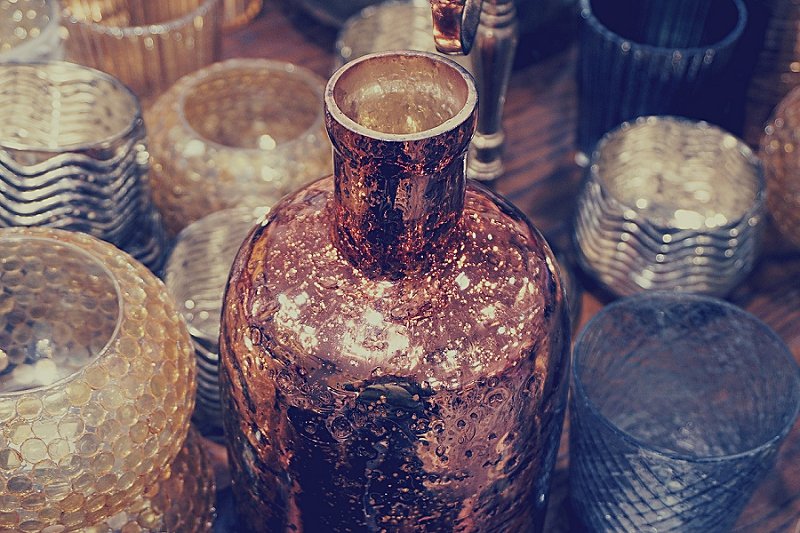 I haven’t gotten a ton of flowers in my life, but I still managed to collect quite a few vases?

In our current living situation, I’m only going to use one at a time, and I actually can’t remember the last time I used a vase.

You might be much better with fresh flowers than I am, but if I had too many vases, perhaps you might as well. 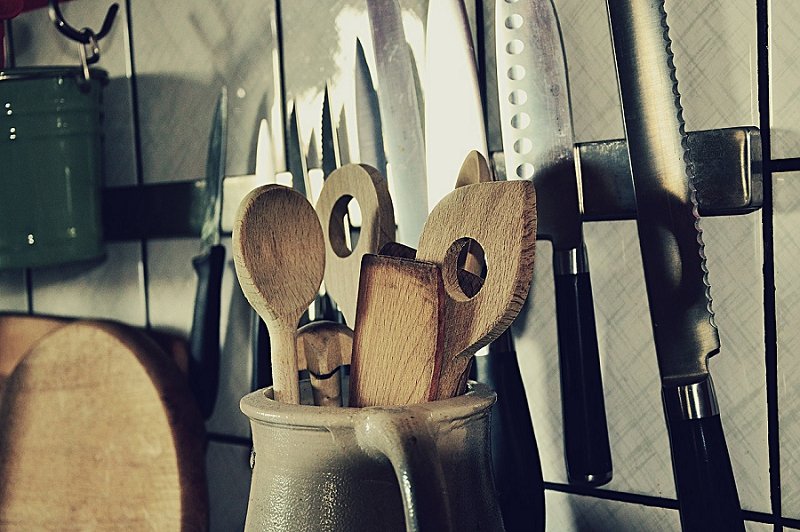 You might be a gourmet chef, in which case I understand why you have so many knives. But six paring knives, really?

Are you planning to sprout five more sets of hands, or does your whole family all stuff themselves into the kitchen every night to help you do stuff with paring knives all at the same time? (The same goes for peelers.)

Then there are those silly knife blocks – when you buy a knife block with a set of knives, how many of those do you actually use on a regular basis, and then you still have a bunch of knives in a drawer?

We’ve gotten rid of our knife block (which are kinda gross, really) and keep just a few favorite knives on a magnetic strip on the wall.

5. Get Rid of Ladles/Serving Spoons 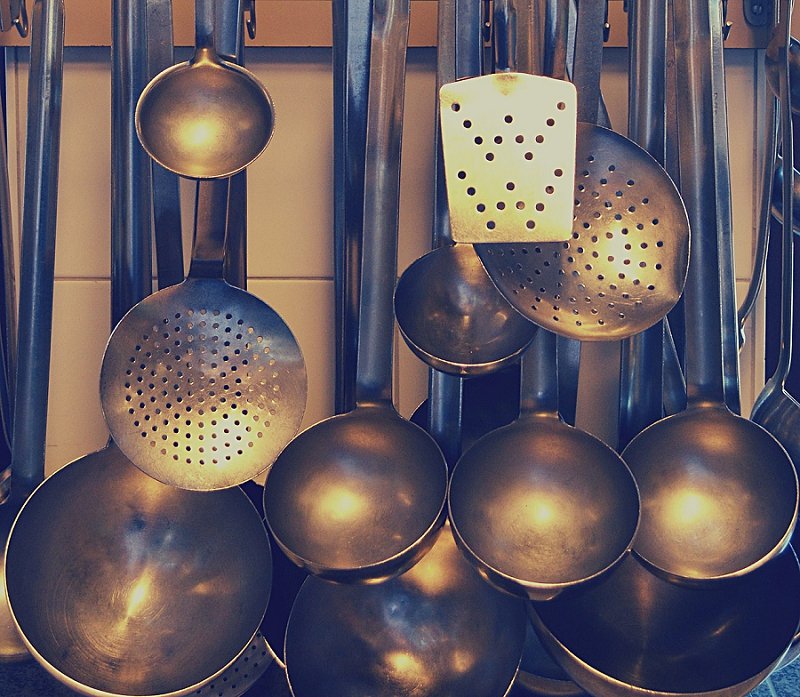 We used to have at least three ladles and I have no idea why.

Since we’re not running a soup kitchen, we never ate more than one soup at a time.

All it did was encourage us to be more lazy with doing the dishes.

Same with serving spoons – are you a Norman Rockwell family sitting down to a 6-course meal every night? If so, I’m coming over. 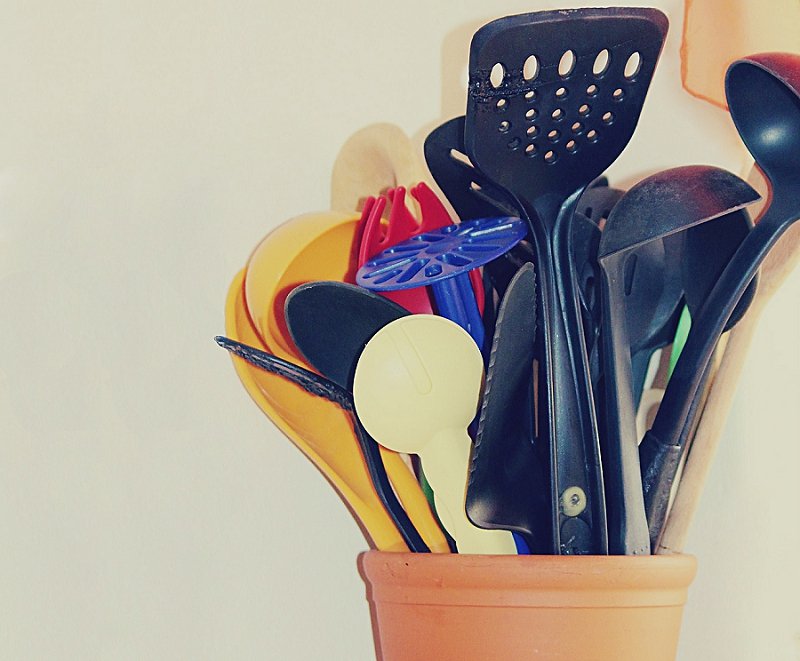 6. Get Rid of Spatulas

How many can you really use at once?

What joy does it give you to store the rest?

7. Get Rid of Scrapers

Probably the reason you have so many is that they came in a pack. At least I think that’s why we used to have a bunch.

You really only need two – a big one for scraping bowls and a smaller one that fits in jars.

We now have and love one scraper for both.

8. Get Rid of Pitchers 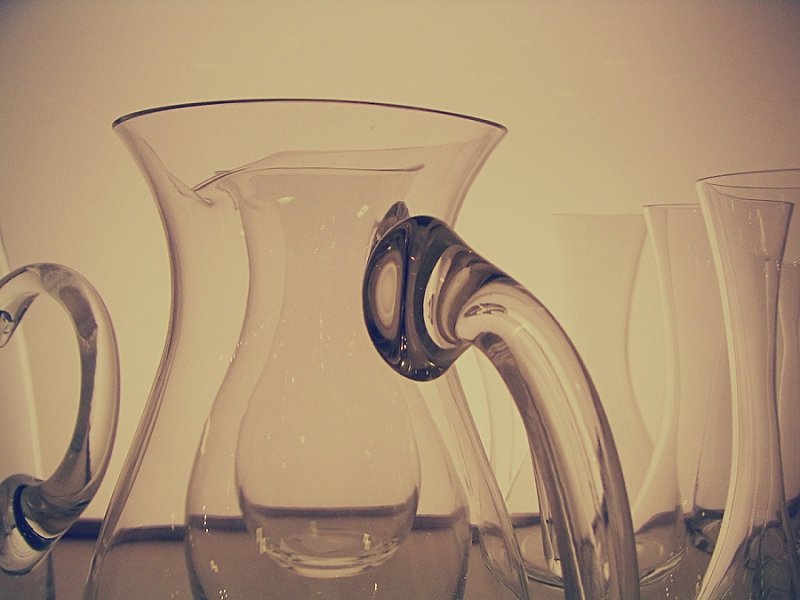 It’s nice to have a couple of pitchers if you regularly make multiple types of beverages at the same time, but I still bet you have more than enough pitchers.

9. Get Rid of Salt & Pepper Shakers 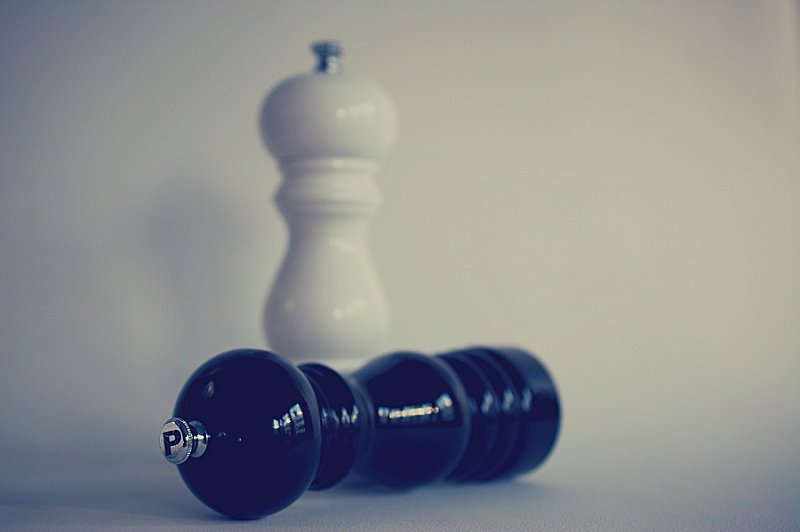 The majority of people we know have a good 2 or 3 sets.

It seems like it’s handy to have multiples sometimes so you can always find one, however, I think we actually train ourselves to be more careless instead of having one set place we always put something back. This might just be an issue between the Mr & I, however 😉

10. Get Rid of Measuring Cups & Spoons 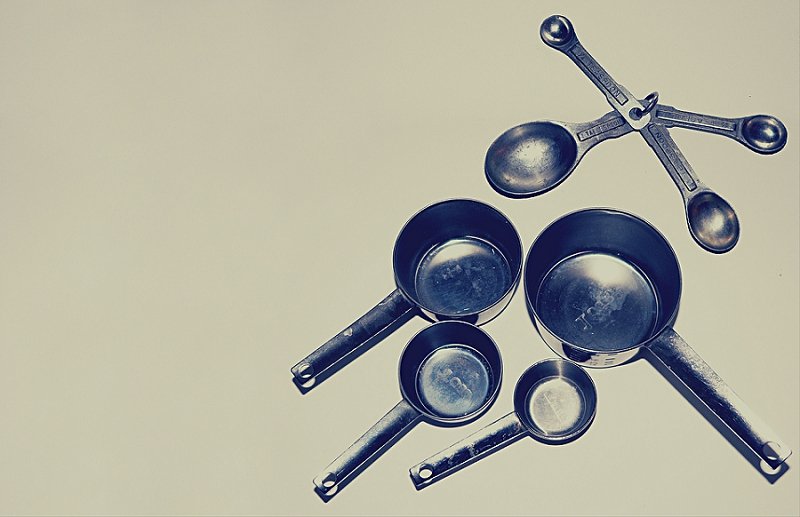 Most people I know have more than two sets of both of these things in addition to several of those multi-cup Pyrex thingies (which is all we use).

I will admit that I’m not a baker, but I also really hate extra dirty dishes, so even when I do have to use measuring spoons or cups I make sure to do it in a way that I can just use the same ones.

That tiny bit of convenience is not worth it to me for the trade-off of more stuff taking up more space and more time to wash.

11. Get Rid of Rolling Pins 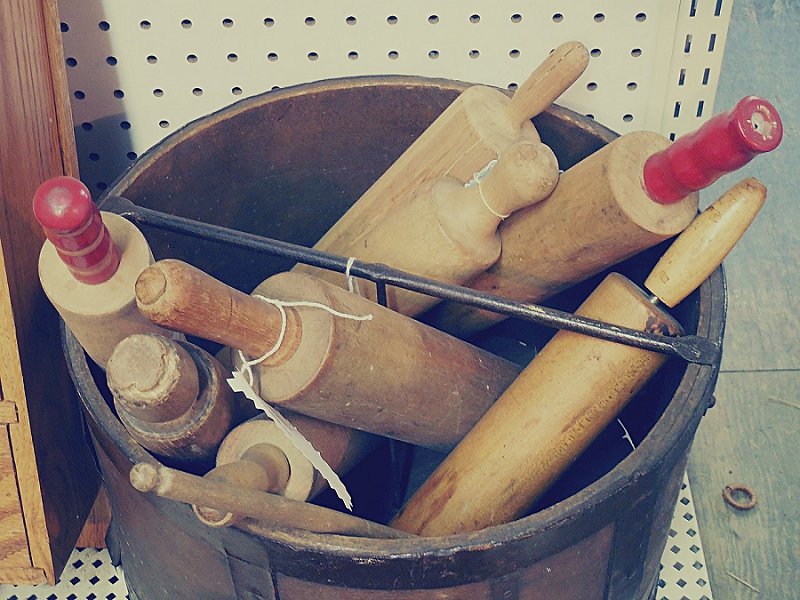 Like I said, we don’t even bake, so I have no idea how we used to have multiple rolling pins. If even we did, chances are you might, too. 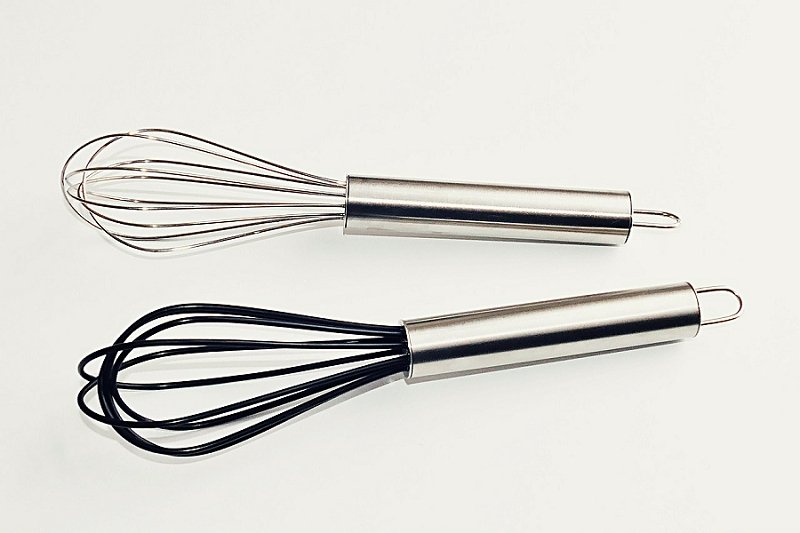 Same old refrain, different verse… how. many. can. you. use. at. a. time??? Or better said, how many do you NEED at the same time.

13. Get Rid of Cutting Boards 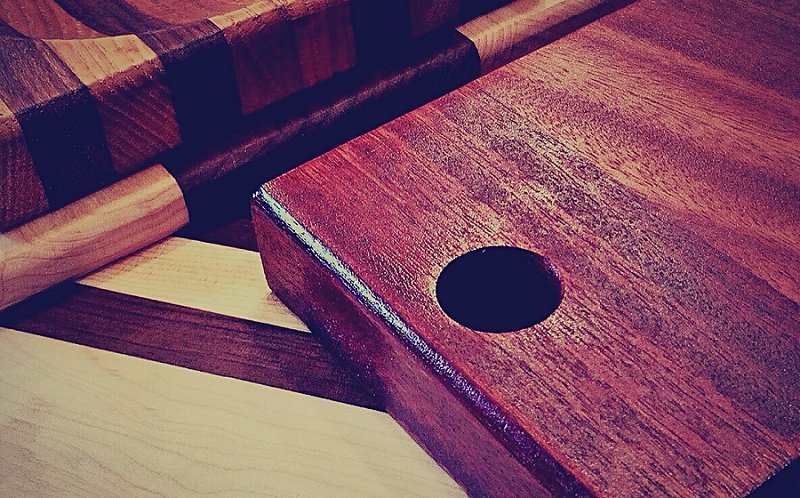 We used to have at least 3 or 4 cutting boards.

14. Get Rid of Special Use Items 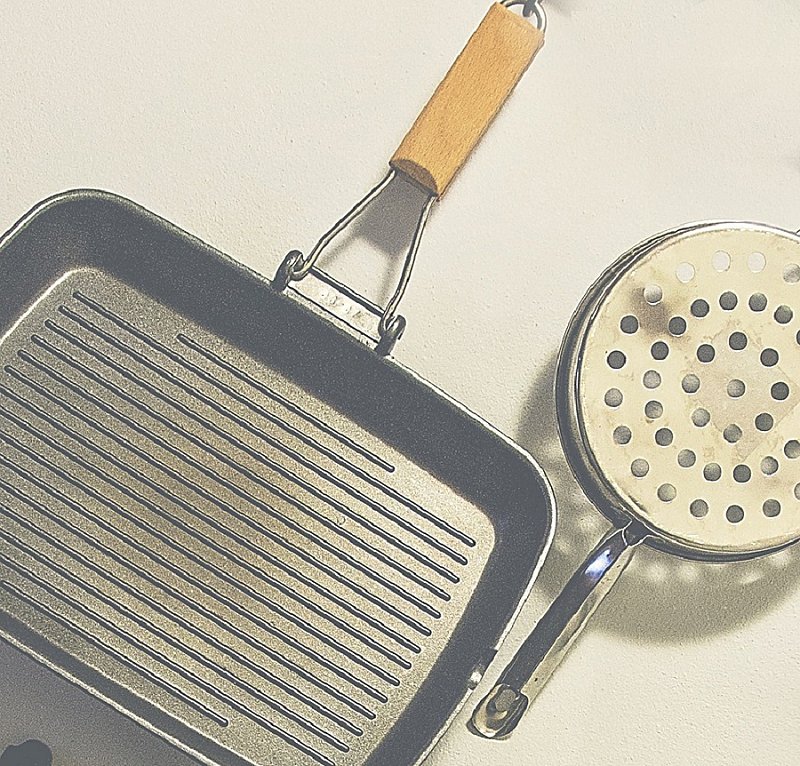 It’s really fun to have just the right tool for the job.

The problem is when you store up a bunch of special tools for special jobs that you only do once or twice.

A personal example is when we wanted to re-create an authentic Mexican carne asada meal for friends from out of town, and we bought some of those little bowls to put all the different toppings in.

What’s not cute is that those bowls continued to take up space in our cupboard and never got used again.

Got any of those kinds of things? Do share.

One example of a special use thing that we actually do use is this sushi kit. Making something so delicious so simple is totally worth it if you make it a point to have it at least once a month. (Obviously this is all a bit subjective 😉 ) 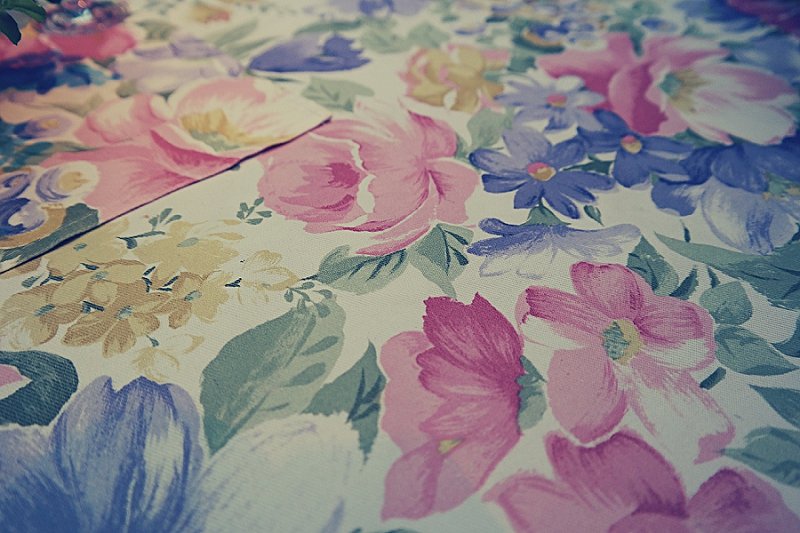 It’s possible I’m just not classy enough for place mats, but I seriously don’t get it.

All of my experience with them has been that they’re very high maintenance. I mean, they even look fussy to me.

I’m also pretty anti-table cloths for some of the same reasons, although at least my mom’s everyday cloth doubles as a giant napkin, which is a running family joke. And at last you can grab a whole table cloth up at once and shake it outside or something.

What really kills me is when people use BOTH. As I recall, my grandma did when I was growing up. I just figured it was how they did things in the south.

Obviously using neither of these things means that I prefer a very low-maintenance table.

It’s true. I’m all about a quick wipe down that allows me to spend the rest of my time doing other things.

But this isn’t about my personal preference. I’m just betting if you do use either of these things you might have way more than you know what to do with, and/or you might consider getting a different table if it’s one that scratches easily.

16. Get Rid of Appliances 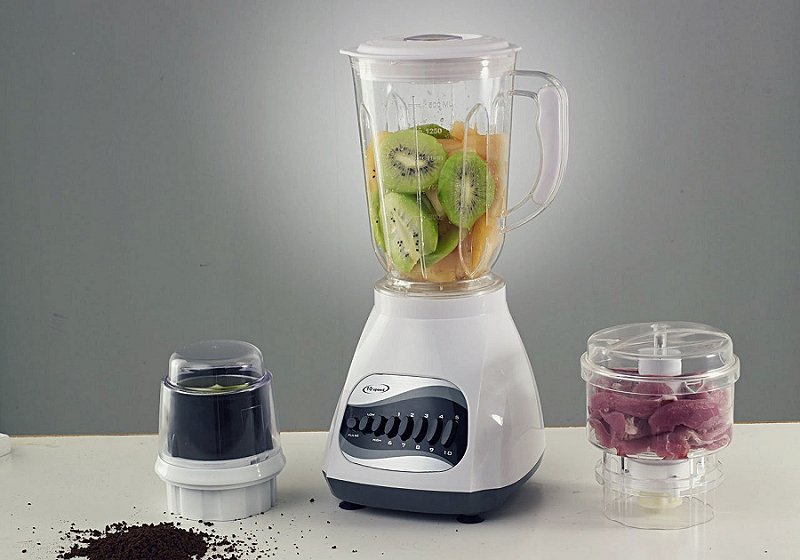 This is admittedly a hard one because we’re biiig on convenience.

But if you’re honest with yourself, how many appliances do you have that you only use once or twice a year, if that?

We had a crockpot and a roaster that got used less than a handful of times in 7+ years of marriage. To be honest, I think the only time that roaster got used was when someone borrowed it.

I know it sounds strange that I didn’t get into using the crockpot. I had every intention to… but I’m a million times happier with our Instant Pot, which does the job of 7 appliances in one. So. Worth. It. One of my favorite parts of it is the stainless steel pot because I was always wary of the aluminum in our old rice cooker.

I’m sure you have different appliances you don’t really use, but the fact remains that you probably have some.

We acquire all these things because they seem like they would be nice to have and they’re easy to get and all they do is add to the kitchen clutter.

What’s not nice is feeling suffocated by all your stuff, often without even realizing it’s a big part of what frustrates you about your living space, or about trying to keep a clutter free home.

It can initially be really hard to imagine living without some things, even if you don’t really use them, but our challenge would be to put them away in the garage or something difficult to access space, or even loan them out for a while. 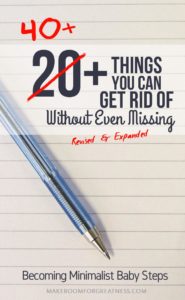 Ready to tackle more? Check out our lists for other parts of your house gathered in one place as well as a free printable cheatsheet here – 40+ Things You Can Get Rid of Without Even Missing