I was recently asked essentially “Where do you pull confidence from?”and it got me thinking about my long, rough journey with confidence in general, and negative body image in particular.

We filter what we see in the mirror through the lens of what we see in media and those around us, and most of us have a hard time not hating what doesn’t seem to measure up.

We all have our own stories, but most of them have the same basic emotional themes.

For me, growing up as a homeschooler drove many of my insecurities – it was uncool back then in a more pronounced way than it is now 😉

But that was only one of many ways my family stuck out oddly.

I’m completely thankful for it all now, but I wouldn’t go back to being stuck in my teenage brain!

We want to be “cool” because we want to feel worthy.

We want to feel beautiful because we want to be loved. 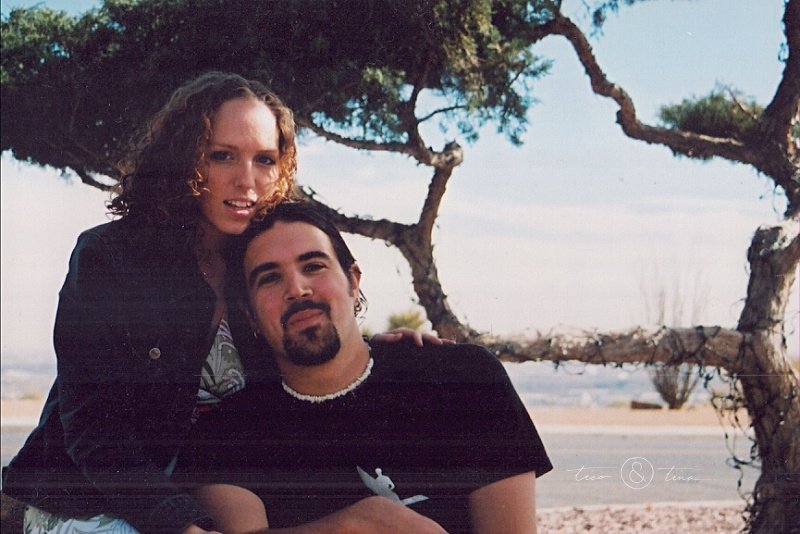 I was very insecure in my relationship with David when we first got married – no matter how much he told me he loved me, that I was super hot, etc etc, watching his wandering eyes, wondering what he was thinking about any attractive woman we encountered when we were out… it drove me mad.

It was as if the constant battle in my mind was playing out right in front of me – how did I measure up?

That thing about the opposite sex…

Prior to getting married, I’d paid a lot of attention to what guys supposedly thought about, how often, what they wanted, etc etc, because I wanted to be an awesome wife… but I put far too much stock into headlines, and they got stuck in my mindset.

As a result, my tortured heart could only assume David was imagining these women naked, or simply comparing their bodies to mine the way I did, wishing I was more this, less that. 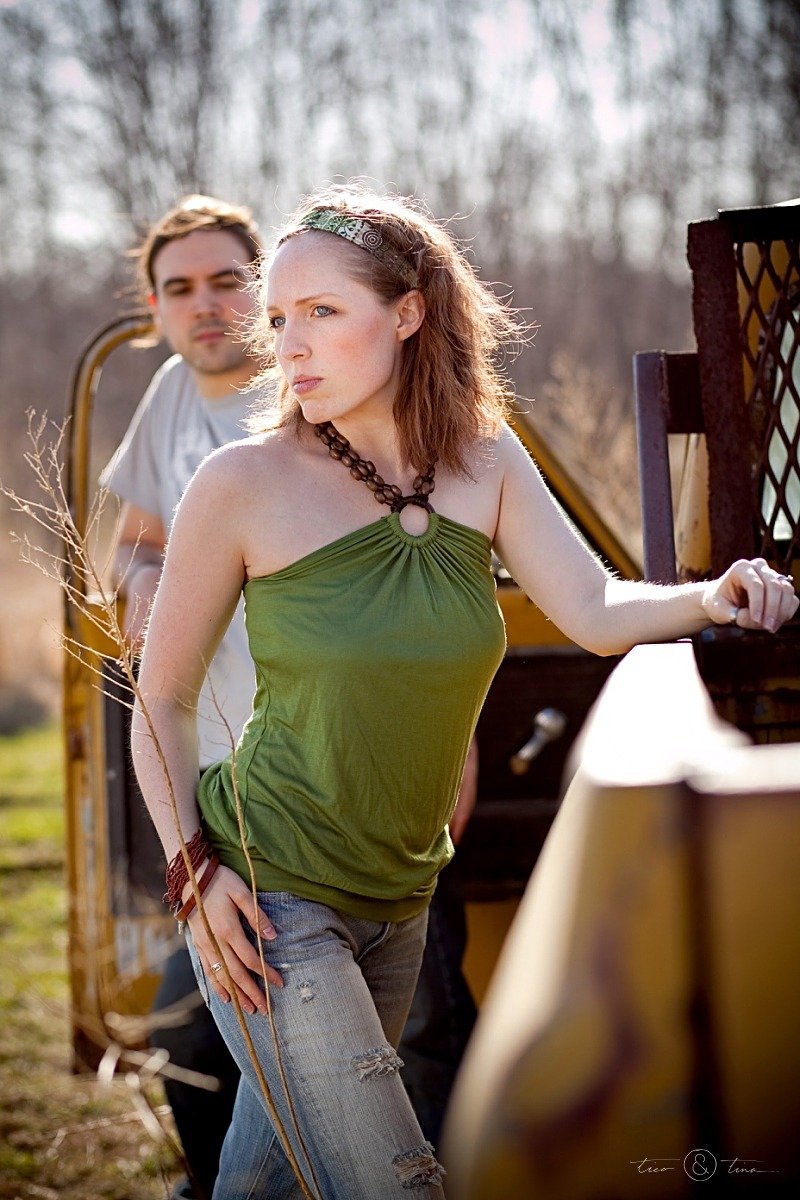 It overshadowed nights out together enough that I couldn’t wait to be home, away from all the competition.

But then… the thoughts just followed me home.

I was constantly paranoid that he was thinking of someone else, even when we were making love.

I know I sound a bit neurotic, to say the least, but I’d always had this feeling or fear that my husband was going to cheat on me.

David doesn’t really remember, but I had in mind that we’d also had some sort of conversation that he had been a bit concerned in the past about being able to stay faithful to someone…

We both had family members we looked up to who had cheated, so it seemed a little too easy that it could just sort of sneak up on you.

Sounds like a great recipe for a healthy marriage, huh? 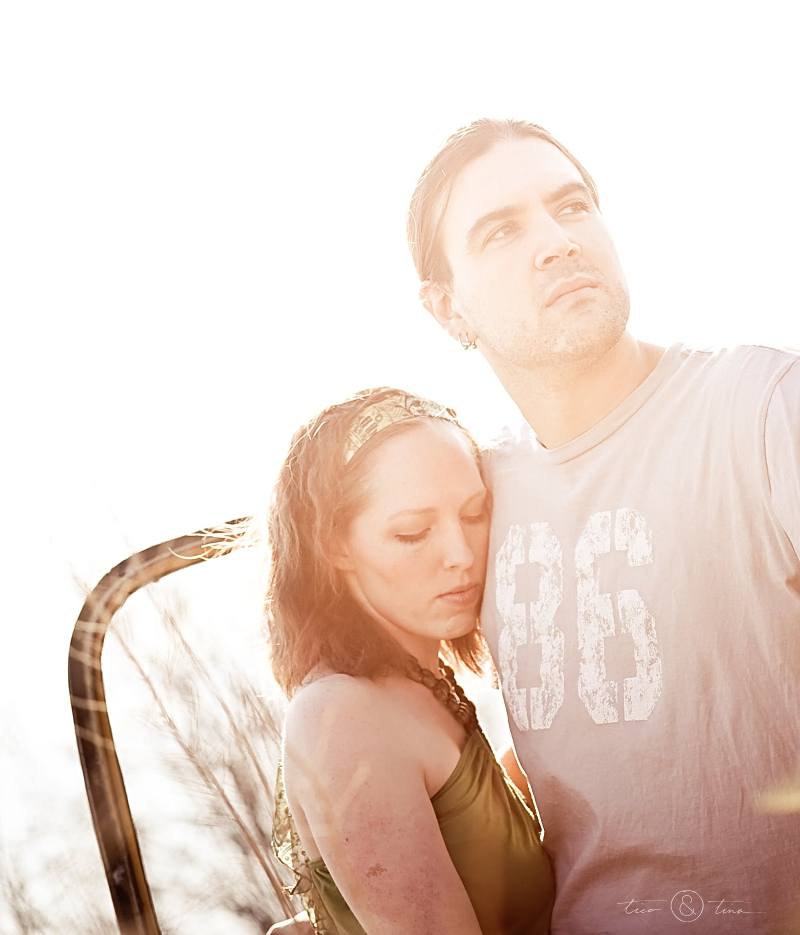 When David understood how insecure I felt, he didn’t make me feel like I was the idiot with the problem. He made it his mission to show me how much he loved me by doing everything he could to make me feel secure.

He stopped paying attention to other women – even sitting so he was facing the least people possible when we went out to eat because I used to feel almost like I wasn’t there sometimes with how easily distracted he was.

We promised to always tell each other if we particularly noticed someone else, had any weird thoughts, ran across something gross online, etc. While it was often crappy to hear in the beginning, it freed up my mind considerably because at least I wasn’t just alone with my own torturous thoughts, constantly afraid of what he was thinking.

This was good for both of us, though, because I had my own thoughts.

My mentality was trained to seek affirmation from outside sources – which is a hole that can NEVER be filled. So even when David was being attentive, my antennae were still up for any sort of “appreciation” that might be coming my way.

We actually talked about how weird it was to have been so into the opposite sex for so long – always aware of who we were vibing with, only to now suddenly be trying to shut that off.

So back to negative body image…

I still had insecurities about my body, always feeling that my boobs were too small and my thighs too fat. (If only I’d appreciated being able to go bra-less back then! And if only then-thighs could meet now-thighs, wouldn’t they have a nice laugh together at how mistaken then-thighs were.)

As we become moms, we have a whole new body to come to terms with…

We have to evolve our own concept of who we even are!

Most of us get lost for a while.

Not only did I feel rather lost, but I had never even been at a point where I was really happy with how I presented myself! For years I copped out with a subconscious victim mentality because I felt stuck with problematic hair, etc etc.

I didn’t have any sisters to learn from, and my mom always kept things very simple – neat and clean was her goal, thrift stores were her style, and a smile was her only accessory.

It was my dad, though, who ruled that I wasn’t allowed to paint my nails, cut my hair, use makeup, or any of that girly stuff until I turned 18.

There was also an aspect of religion built into my mindset that put my desire to feel good about how I looked at odds with the notion that we shouldn’t be concerned with “outward appearance”.

This all resulted in over a decade of me floundering around with how to do stuff, LOL.

I felt perpetually at war with my hair.

My closet was bursting at the seams, yet constantly letting me down as I frantically tried on outfit after outfit, trying not to be late to this or that engagement.

I still didn’t care much about makeup, but never really felt well put together.

Finally, as I came into my 30s, I decided why in the world should I continue in a state of frustration with things I can do something about?!

Wanting things to change, but never getting around to doing anything different = insanity.

I mean, when you can learn anything on Google and Video Google (YouTube, ha), what excuses are there anymore?

So I set my intention on simplifying these aspects of my life that were dragging down my confidence and productivity.

David had done what he could for my security; this part was up to me.

Creating a minimalist wardrobe was a huge step in simplifying my getting-ready process. I honestly can’t help but laugh at the complete night-and-day difference! Once in a while something doesn’t work the way I had envisioned and I have to switch it up a bit, but it’s largely (no pun intended) due to currently being 20+ pounds overweight (another story for another day). Stuff just doesn’t feel good or fit the way I’d like, even if it’s the right size.

As for my hair, I wanted the products I used to be natural and actually good for my hair, so that whole thing took a long while.

I also weighed the pros and cons of dreadlocks for many years, was convinced for a long time I just wanted it straightened, experimented with braids and wraps, and finally decided on this undercut, that I’ve been extremely happy with.

I’ve branched out a bit in the makeup department, but I probably won’t ever be very “fussy” about it – getting ready in front of a real mirror as opposed to the little car visor one is a big deal to me 😀

This month I’ve been doing a daily style challenge over on Instagram to get me in the habit of actually getting “ready” every day… It’s not been a habit because working from home I have nothing to really get “ready” for… my computer just doesn’t care what I look like.

But that’s not what I want to pass down to my daughter – worth beyond how you look, yes; being too lazy to put in 5 minutes, nah.

It’s felt like a pain in the butt at times, but it’s stretched me in good ways.

Do you have a habit of saving the fun stuff for “special” occassions? I’ve decided it’s a bad habit and a bad way of looking at life, because all it’s really done for me is leave me with a bunch of old “special” stuff – like an art kit that I got as a kid and literally never used because I didn’t want it to be gone! Lotions, candles, etc etc etc. Actually, I take that back, it’s also continued to enforce a mindset of lack… yeah, I’m over that. I choose to live a life of abundance (not to be confused with excess) and teach my kids to do the same. Every day is special. #fashiondiaries #darecember #lookoftheday #lookbook #ootd #outfit #outfitoftheday #igstyle #mystyle #styleover30 #thrifted #thriftedfashion #SimplyStyledDecember

All that stuff is great, but there’s a shortcut for how to build self-confidence…

None of us will ever find lasting security from other people because the only one who can change our perception of ourselves is us. 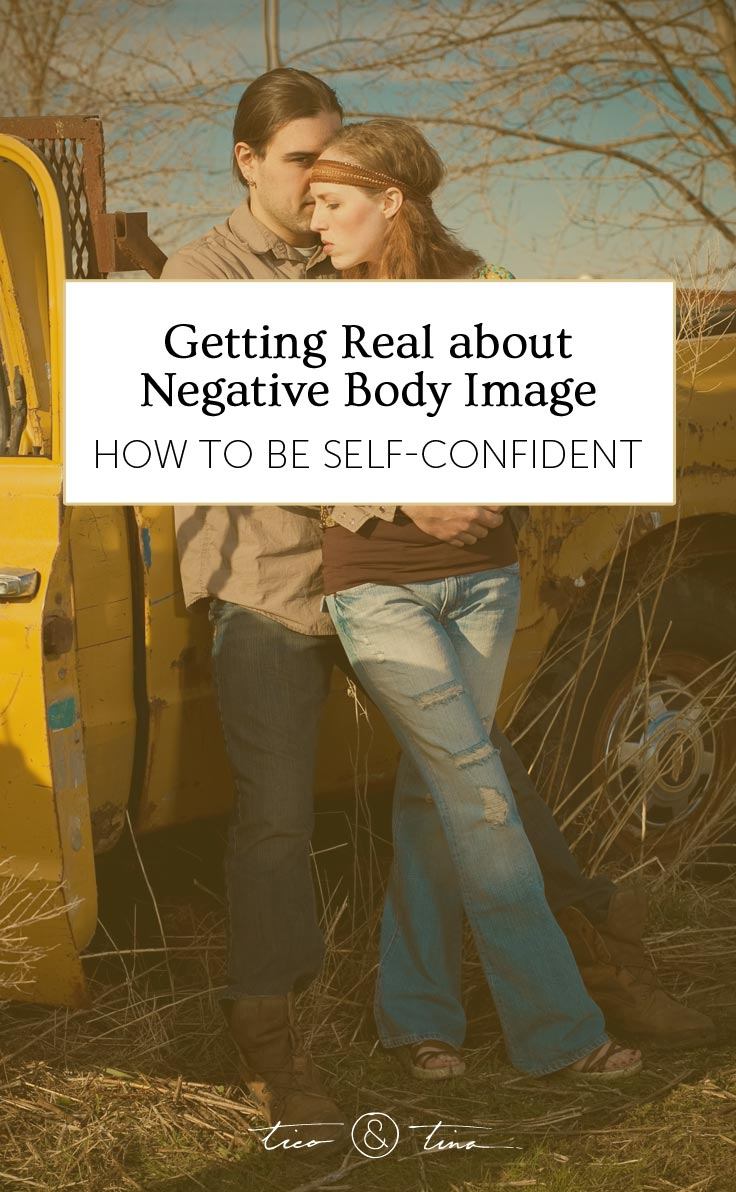 This thing about negative body image? It’s so important to us because we place so much of our identity in our physical body.

The problem is that no matter how much we “improve” externally, if it doesn’t match what we feel inside, it won’t change how we feel about ourselves.

If who we feel we are is based on others’ perceptions, opinions, ideals, and expectations (even masquerading as our own), we’ll be on a neverending emotional rollercoaster because those things change at the speed of social media.

How to be self-confident in a way that truly lasts is to understand who you really are, so all the other stuff melts away.

To be honest, this shortcut can take a while – it’s really only a “shortcut” in the sense that it’s the only real route, and many of us have spent most of our time running ourselves ragged down so many external paths.

This is something we’ve been learning on a whole new level in 2016.

It takes some getting quiet.

It takes some letting go of preconceived ideas.

It takes meditating on truth.

But what does that mean???

I’m still growing into this in a way that I’m not sure I’m able to articulate yet.

*Thanks to various friends for taking most of these pictures for us.