Is there a guidebook on how to become minimalist?

Courtney Carver, on Be More with Less, says that people thinking about becoming minimalist usually fall into one of three categories: 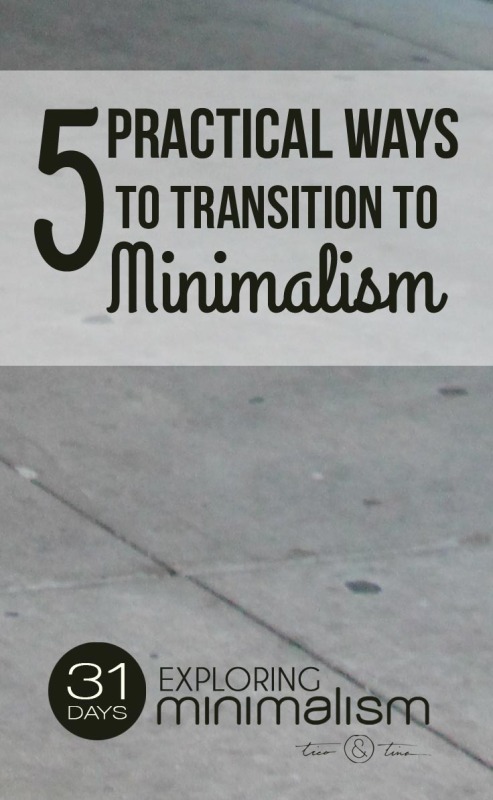 Since minimalism is what you make it, there is no right or wrong way to get there. The route you choose will probably be influenced by your personality and level of fed-up-ness. Here are 5 methods to become minimalist and my thoughts from our personal journey.

Change Your Buying Habits: The method that costs you the least, and even saves you money, is to first make the commitment to not buy anything else that you don’t absolutely need. What constitutes a need? Food, water, toilet paper, and transportation, essentially. A variation would be for anything you buy, you must get rid of something else. This is a good way to ease into the minimalist mindset.

Daily Challenge: Pick a month and challenge yourself to get rid of at least one thing every day. Maybe you could do this with a friend and post a picture each day on your social media of choice to stay accountable. To up the ante a little, you could even have a contest and give a prize to the person who gets rid of the most things – a gift card or something, of course not more clutter 😉

Room by Room/Space by Space: Considering only a small space at a time is much less overwhelming and can be done bit by bit on evenings and weekends. Simplifying works just like a snowball – when you first start it seems like you will never get anywhere, but as you keep going your work compounds and gets much easier. Much the same way that a good result at a weigh-in motivates you to stick to your diet, conquering one space at a time and benefiting from the results reinforces your resolve to persevere in the battle of the clutter bulge. We’ve got a great list of 40+ Things You Can Get Rid of Without Even Missing that will get you well on your way!

100 Thing Challenge: Dave Bruno gave himself the challenge of living with 100 things or less for one year. Picking a number of items to live with for a certain period of time is a great way to test out how you feel with less stuff. It also helps you to carefully consider what your most important things are without necessarily getting rid of everything else – you could pack the rest up as described in “Packing Party” and re-evaluate at a later time.

Packing Party: A “packing party” is something coined by Joshua Fields Milburn when he got fed up and invited his best friend over to help him pack up everything in his house. 21 days later, whatever he had not unpacked to use he sold, gave away, or trashed. Of course, you wouldn’t need to turn it into a shindig, but it is by far the fastest way to identify what you really use and need. It’s also the most immediate gratification for discovering what it’s really like to simplify. I suspect that nothing will convince a skeptic better than this method.

And then, what we are doing, and I think a majority of people probably do…

The Hybrid: We’ve kind of experimented with all of the above. What first whetted our appetite for minimalism was spending a winter in Costa Rica with only the basics. It. just. felt. so. amazing. When we got home again we were raring to go. We started cleaning out before we knew about a 100 Thing Challenge or a Packing Party. We got rid of some of the obvious stuff, and then we challenged ourselves with getting rid of at least one thing every day for a month. We took pictures of a bunch of it on Instagram using the hashtag #outtahereOct because that was the month we did it, but it was too long ago to pull up on there anymore.

Then, a couple years later, after being gone over another winter and living with less stuff again, we got even more serious – mindsets can take quite a while to really change. When we came home this spring, we started going through our house space by space. Where we used to have cupboards packed to the gills, a majority of them are now almost bare.

There’s part of me that thinks if we had heard of a packing party back when we first got fed up with our stuff, we actually might have gone for it. But for us, going in stages has felt the most natural. You don’t accumulate all the stuff overnight, and I think taking the time to evaluate everything helps to really cement the reasons you are doing what you’re doing.

What if it’s too hard to start?

There will probably be things you know that you don’t really use, but that you’re still not quite sure about getting rid of – these things could go into a holding pattern for a designated period of time. Pack them away like in the packing party and see if you miss them. When you see that you’ve been living without them for a long time, they will be a lot easier to let go. There may be a few things that make it back into the stuff you want to keep, but that’s ok.

Above all, you just need to start, because the first step is the hardest. 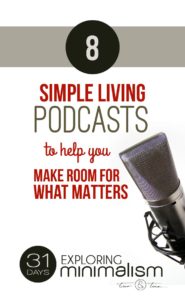 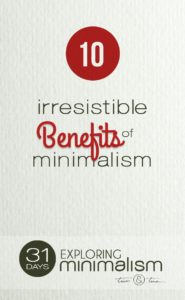 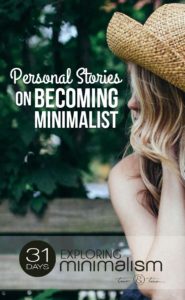 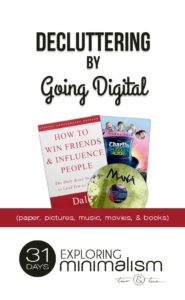