The holiday season can be crazy enough that you often sort of come to in the new year a bit bewildered and not quite sure how you got there.

No one can deny that feeling like you need a week to recover probably isn’t the most promising way to start out a new cycle.

We attach a lot of importance to a new year – planting hope that somehow we’ll be better, do better… but if we’re honest with ourselves, that usually doesn’t extend much past a few resolutions – likely recycled from the year before.

You can’t just keep putting all that pressure on a poor day of the year – it’s composed of 24 hours like the rest of them.

I recently ran across someone who said that they actually start their “new year” when the school year starts, and I really think that makes a lot of sense.

There are too many big holidays crammed too close together at the end of the year – it’s really not the smartest place to try to stuff one more thing!

Establishing new habits and routines to facilitate your goals can be done at any time of the year. Be a rebel.

The fact remains, however, that no amount of do-overs will substitute a do-better. 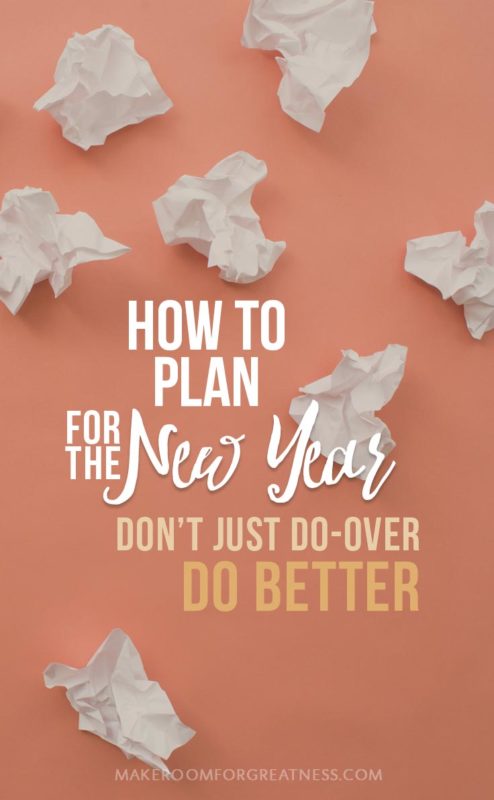 A while ago we went through Michael Hyatt’s 5 Days to Your Best Year Ever course. We recommend it, and will be recounting our take-aways here over several posts.