When you’re on the road to a more minimalist living with a family, baby steps are the name of the game. We are slowly but surely looking at each minute detail of our life to evaluate what can be simpler and ultimately more life-giving.

(also be sure to check out our post about the easier, minimalist way to make your own laundry soap and 3 compelling reasons why you should!)

This might seem silly on the surface, but we recently made a change to our towel situation that means more space and less laundry.

I was not happy with our towels. They tend to float around our house getting mixed up and being generally annoying. Most people would probably just toss any stray towel in the laundry, but we only do 5-7 loads of laundry a month, and I’m not interested in doing more than that. (We recently revealed that we re-use our towels possibly more than the average person, along with other TMI. You’re welcome to watch in shock and horror here, if you dare.)

So for us to simplify this situation, it meant each having our own towel. I decided while I was at it to get more efficient towels that took up less space. I’m always on the lookout for new and better ways of doing things, and drool over products that do more with less.

Now I realize that there are probably a lot of people in love with their fluffy, plush towels, and I get that. I do. But each step towards a life that is less complicated with things that waste your time and more full of the greatness that you were made for, involves weighing everything on your scale of importance. These are not matters of right and wrong, rather of deciding how much something means to you. 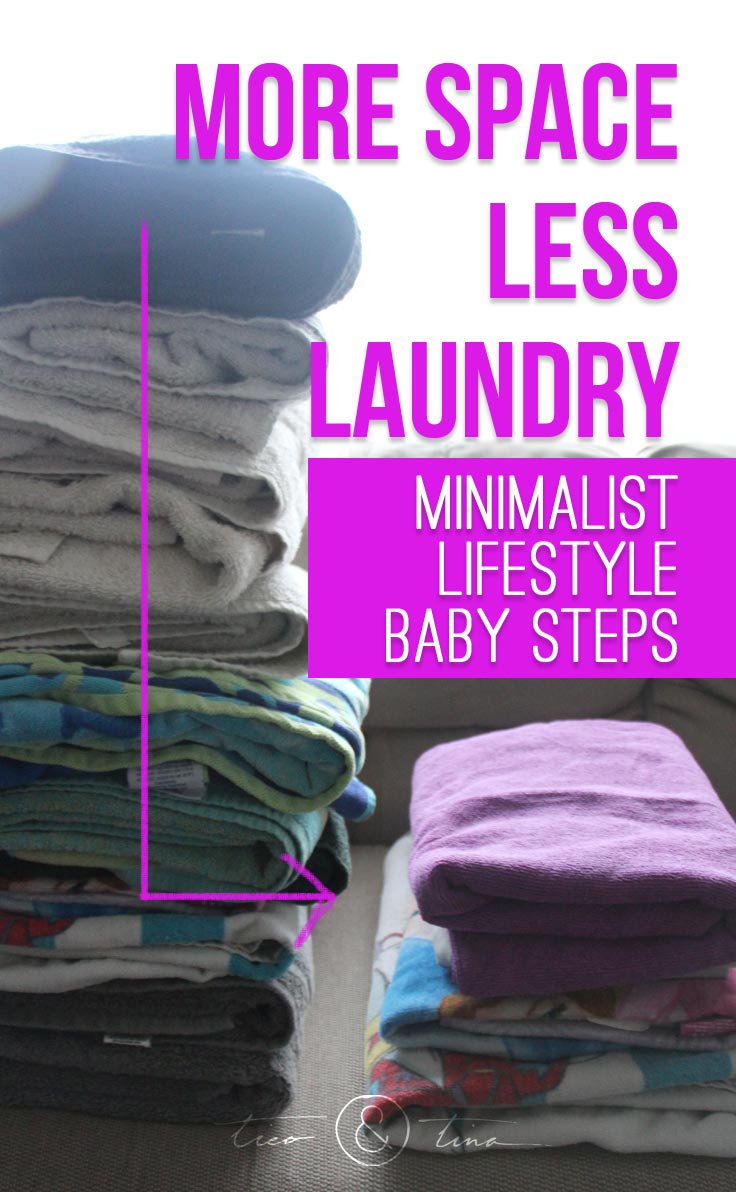 Microfiber towels have other towels seriously beat in the efficiency department.

I got one towel in a smaller size that I knew could work for me, to try it and see if we really wanted to go this route before spending more money. When I first pulled it out I thought I didn’t really like it because it had some of the sticky/tacky feel that you would expect from microfiber. Using it after a shower, however, I found that it really wasn’t an issue for me after all.

We decided to go ahead and try another microfiber towel that claimed it didn’t have that tacky feel, and this time I got it in David’s size. I didn’t have much hope that it would really be that different, but it actually is.

Here you can see that mine retains more of that plush feel, while David’s is flat and smooth to the touch. 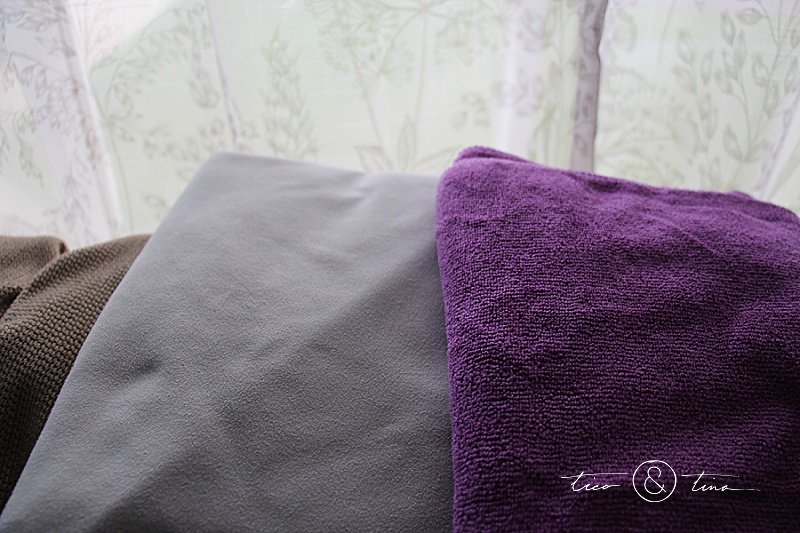 Regardless of the difference to the touch, both of the towels still take up very little space. Here’s the difference between the two, compared with our very average (a.k.a. cheap, not particularly thick and plush) towels we’re keeping for guests/backup. 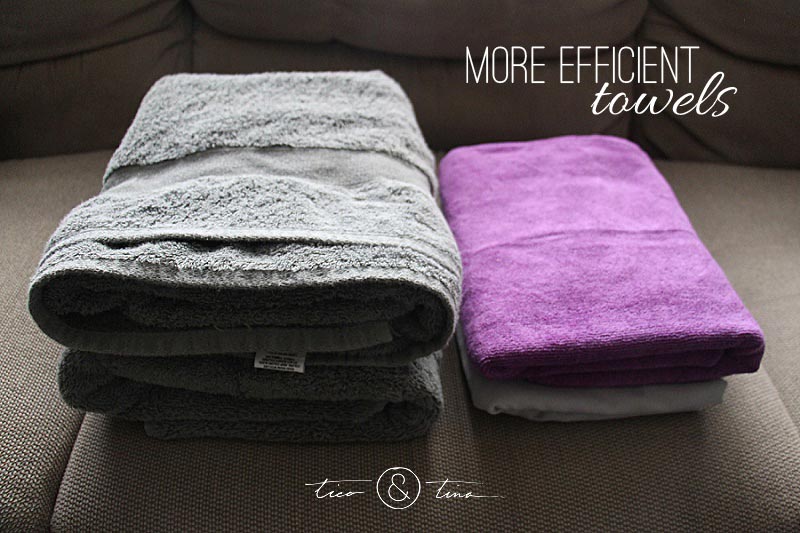 Since the towels we had for the kids are already thinner, we’re just going to keep those for now and upgrade them to the more expensive ones when they get older.

I know this minimalist lifestyle baby step probably seems silly, but I can tell you that it’s already making me smile just a little more 😉

What do you think about baby steps like this? 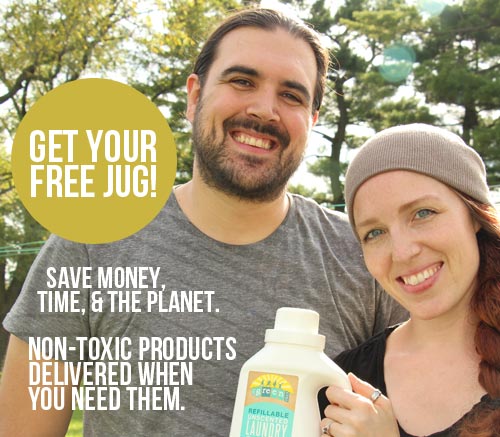