No, this isn’t a post about how to make an embarrassing workspace for yourself 🙂 I’m just being honest that the workspace we’re about to show you was pretty scary… 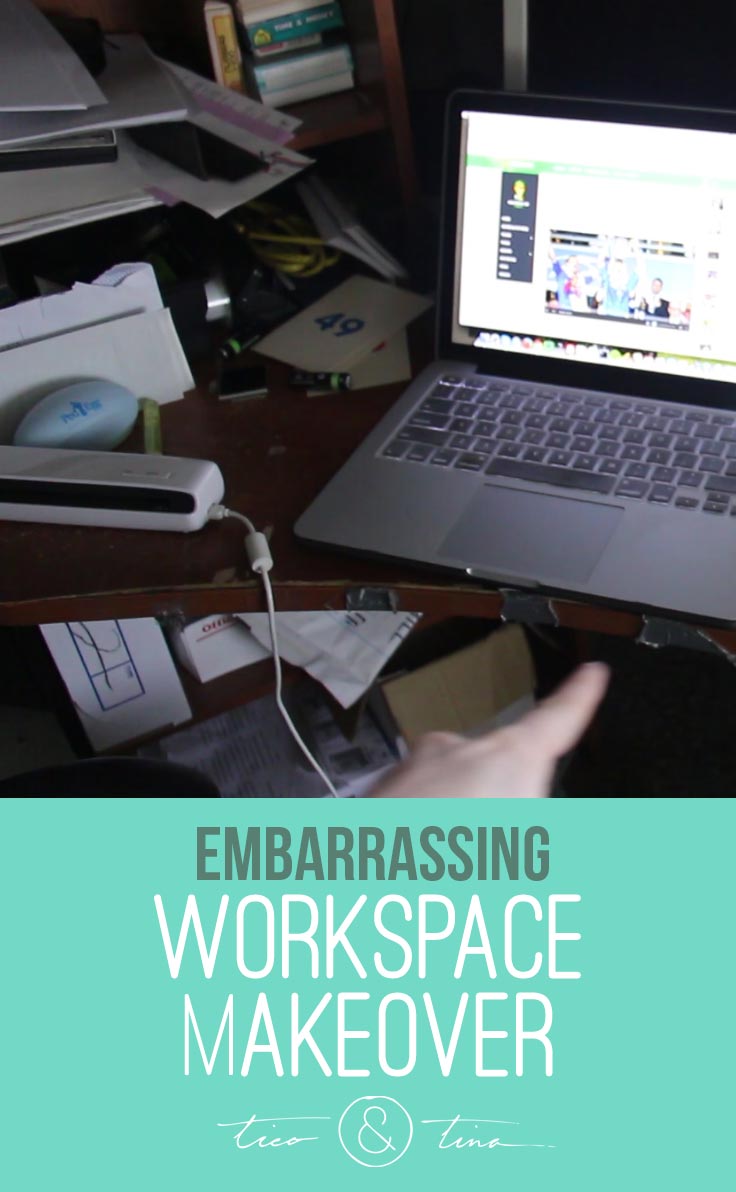 You can, of course, find a million organization ideas online. I like to collect some of those ideas on my “Organize Your Life” Pinterest board.

The reality is, however, that the biggest problem MOST of us have is not organization…

The easiest way to organize your stuff is to get rid of most of it.

Sometimes organization isn’t really the problem. The biggest problem that the vast majority of us have, is TOO MUCH STUFF.

You can organize and reorganize until you’re blue in the face, but if you have too much random crap that you don’t really use, it will inevitably get the best of you again. Especially if you have someone squirrel-y living in your house… 😉

Do you have spaces in your house that annoy you? Sometimes spaces themselves are also a big contributing factor to the mess in our lives.

Last week we attacked David’s atrocious workspace that had long been collecting junk in all its highly “useful” nooks and crannies. As much as I liked the desk when we initially picked it out years ago, I realized that we had to get really honest with ourselves that it was actually acting as an enabler to David’s squirrel-y habits. It HAD to go. (Truthfully, I was quite enthusiastic about seeing the eyesore leave.)

I can’t believe I’m doing this, but here is the before and after.
Please tell me we’re not the only ones with scary spaces like this?

Oh, what? Now there’s no space to put that random thing you don’t want to get up to put away?
Too bad. Muahaahahaha!

Now we’ve only got about 5 more spaces to go…

Do you have any spaces that you need to stop trying to just “make work” and actually rethink completely?