The quote below seemed to strike a bit of a cord with people, which got me to thinking…

I used to be a big proponent of pulling myself up by my bootstraps and just doing whatever needed to be done.

Other than the hand full of times I struggled with depression over the years, my willpower and stamina were excellent.

David had tried to push me to relax more at different times in our marriage, but from my perspective it was coming from a lack of drive – borderline laziness.

Growing up in an entrepreneurial family, it was ingrained in me that there was always work to be done.

The thing is, I really enjoyed my work for the most part, so it seemed natural to take it everywhere and always be fitting it into every possible moment – on drives, during low-key hang time with friends/family, etc – I could always identify the moments one could harness to be productive.

David’s mindset coming from a Latin American culture was much more easy going and there were many times I couldn’t comprehend or respect not having the same kind of commitment to our success that I did.

It wasn’t until I hit my 30s that I realized I’d been wound kinda tight for a pretty long time.

I hadn’t actually felt stressed, but over the years I became acquainted with many somewhat alarming physical symptoms of stress that forced me to face the reality that I wasn’t juggling everything as well as I had thought.

Slowly, I got better at living in the moment, but it wasn’t without some guilt for how much it felt I was letting slide.

Then finally, in 2015 or so I had began to have a paradigm shift that caused me to realize I’d been subconsciously working everything backwards.

Instead of focusing on being, and doing life from my identity, I’d largely been focused on doing as a way of becoming who I wanted to be.

That is and always will be a stressful and depressing position to work from because you can never do enough to feel good about who you are, since inevitably the doing is based on comparison of what everyone else is doing. There will always be more ideas about what you could be doing and aren’t.

Even now, years later, I’m still in the process of adjusting my mindset because that whole “doing/hard work” and “should” thing is so ingrained in the American (not to mention Christian) culture, that it goes layers deep.

It’s really all we know.

What we do always flows out of our perception of who we are. 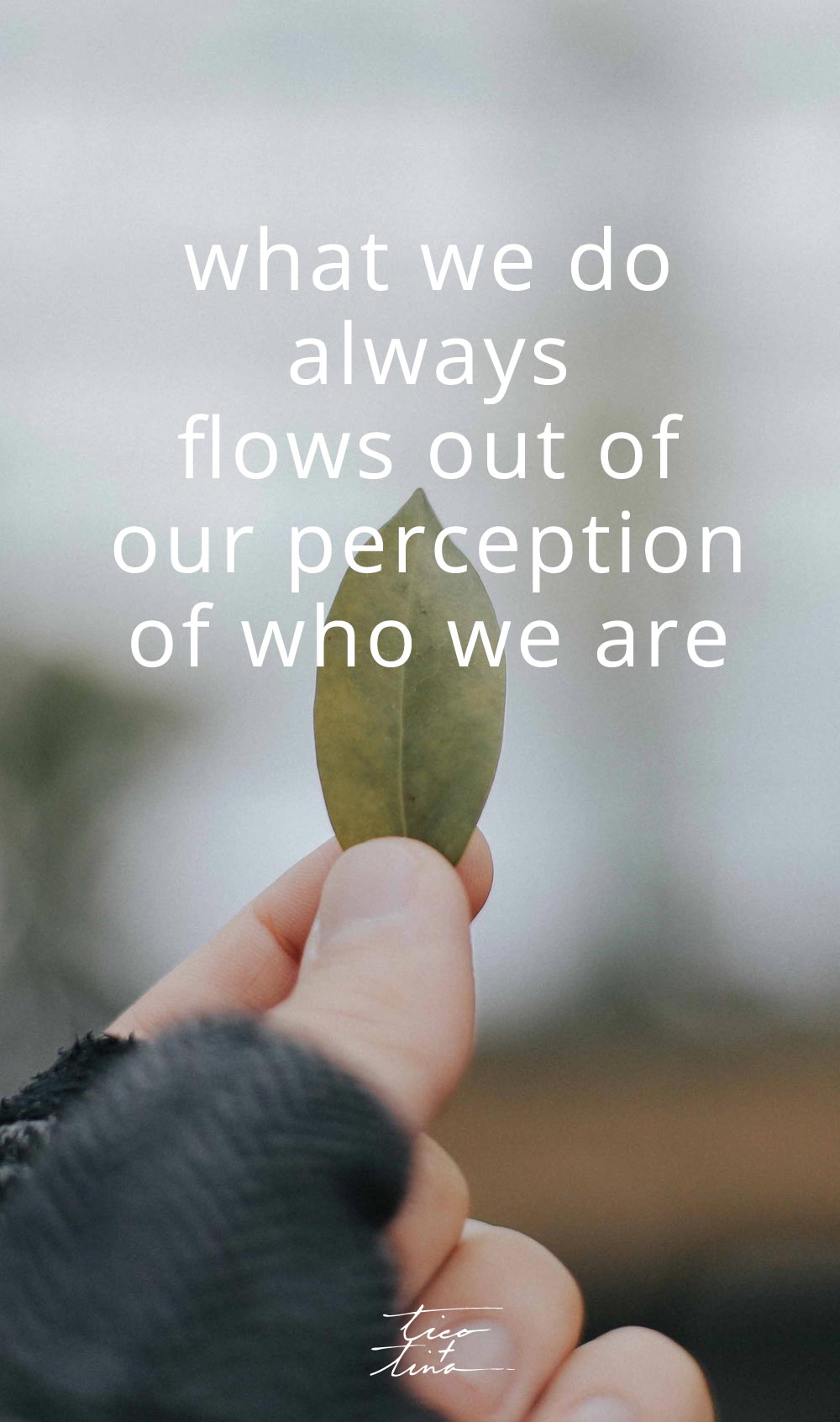 We can’t avoid it because our subconscious beliefs are like a computer program constantly operating in the background, controlling 95% of what we do and feel.

This is why the Bible talks about the need to “renew” our minds to not go along with naturally ingrained patterns of thinking.

Those who understand what it means to be born again into the identity of Christ, recognize they aren’t striving to become, but learning to rest in ever-increasing understanding of who they already are.

“if anyone is in Christ, he is a new creation”

When we find ourselves discouraged by failure to live up to who we want to be, the solution is not to gather our will power and try harder next time. The key is to recognize and re-inform the lies we believe about who we are.

Several years ago I designed something based on the concept of “being” over “doing”, so I was inspired to re-do it into a printable wall art as a visible reminder to change the direction of thinking that can so quickly get derailed in day-to-day life.

I’m adding it to our collection as part of the spring quarter free resources we offer to Liberation Collective members. You can nab it here. 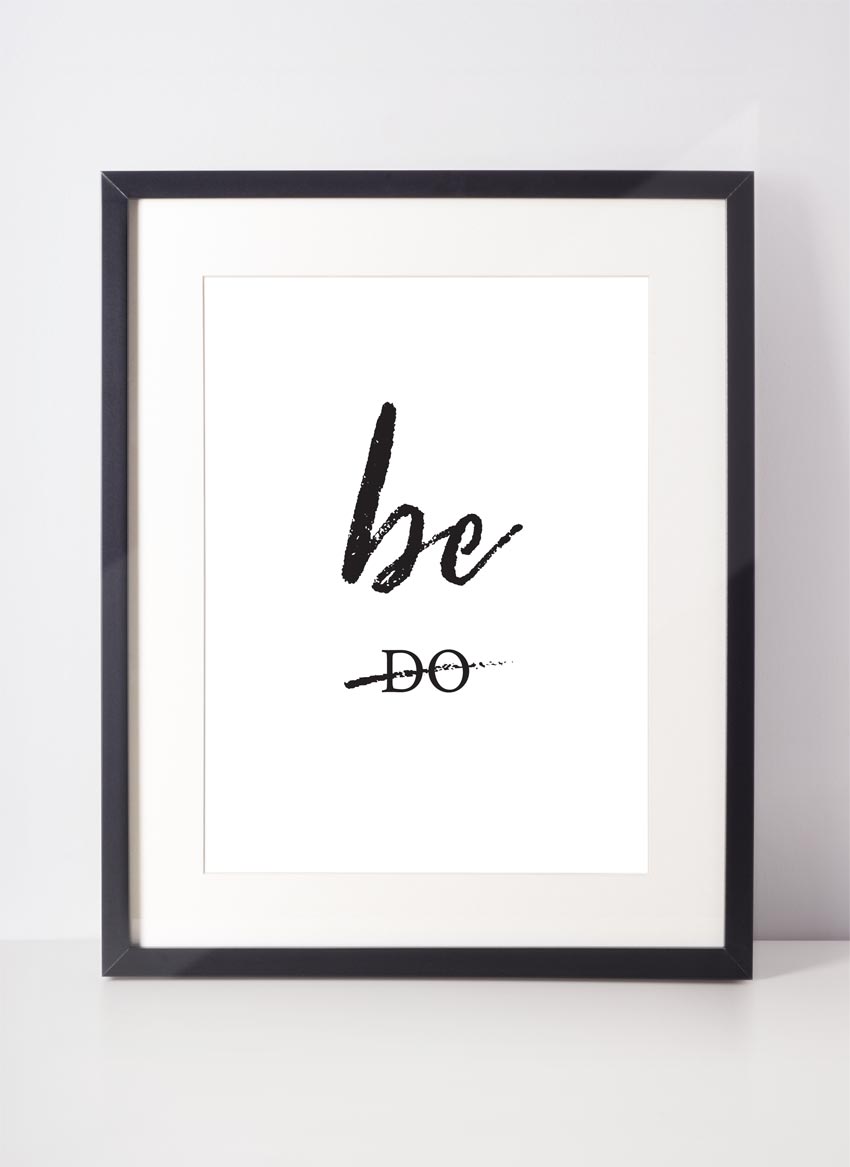