365 projects can be very daunting.

The older you get, the faster a year goes, but somehow quite a lot still manages to change in that amount of time.

And committing to doing something every DAY? I mean, that kind of just seems like a recipe for disaster, right?! 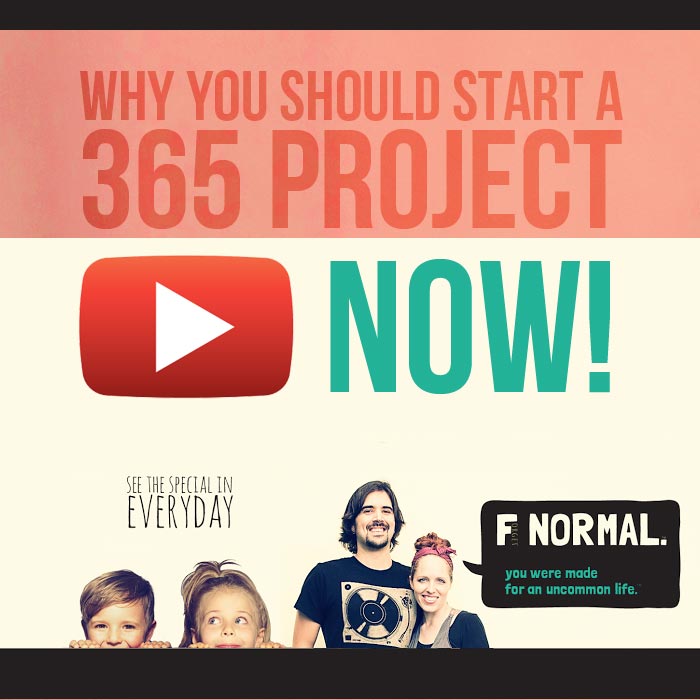 But about once a year we feel invincible.

The start of a new year has a way of looking all fresh and clean and making us think that somehow things will just work differently after midnight one night.

We’ll suddenly become a better version of ourselves overnight.

We certainly HOPE we will…

I would normally be the last person to be saying what I’m about to tell you – I really care about dates, about the right timing. If you don’t celebrate my birthday ON my birthday, or at least before, then forget it, I don’t care.

However, I’ve had to let this go a bit in relation to something so long as a 365 project. It just doesn’t make sense to wait for the beginning of a year to start, unless you’re already in December, then by all means.

No matter when you start, it’s always going to be 365 days. And it’s not going to be perfect.

Because even if you’ve planned everything out to your heart’s content, you’ve probably had opportunities pass you by, and you’ve certainly missed time you could have been practicing and getting some of the screwing up out of the way, so… that’s not perfect at all.

If you let yourself (force yourself?) to start now, you’ll begin to reap the blessing much sooner. You’ll learn things about yourself that you don’t want to wait to learn.

You’ll probably sort of hate yourself for deciding to do this at some point in there, but KEEP GOING. You won’t regret it.

I was never sure about actually committing to a 365 project, but somehow I managed to commit to a sort of complicated and often time-consuming one, June, 2013.

It’s been annoying at times, yes, but I’ve discovered that there is freedom in committing. And I’m not talking about “ok, I’ll try this out and see how it goes”. NO. That is NOT committing. Don’t kid yourself.

Do you need more reasons for starting a 365 project? Maybe we’ll write a book when this is all said and done 😉

If you were going to do a 365 project, what would you do?