You probably won’t catch me doing it anymore, but I still do the same concept, just in a different way. It’s like directing all my energy forward somehow, and I’ve always wondered if anyone else can identify with it.

Some of the things that get me excited are:

Everyone other than my dad used to call me Christy until I made everyone start calling me by my real name around age 10. People still get my name wrong all. the. time. – Christine instead of Christina, even in response emails. I don’t get what is so hard.

Kitty and Black Cat were once nicknames of relevance, and eventually I evolved into one, even though I am so not an animal person.

I desperately wanted to be so much more girly growing up, but I wasn’t allowed to paint my nails, cut my hair, or wear jewelry or makeup until I turned 18 (aside from a slumber party here and there). So I resorted to using Mr. Potato Head earrings for dress-up… haha! 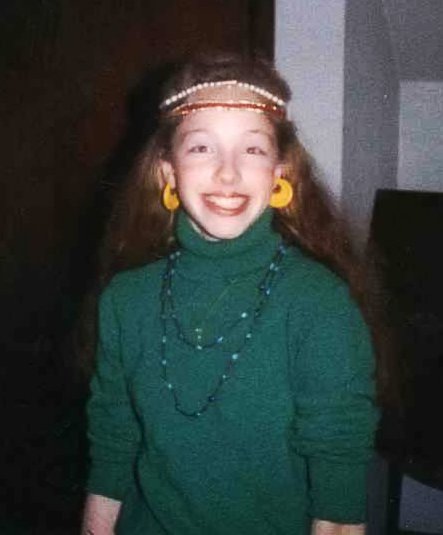 I’m honestly still playing catch-up with it all – especially my hair, which has been a huge love/hate relationship all my life. 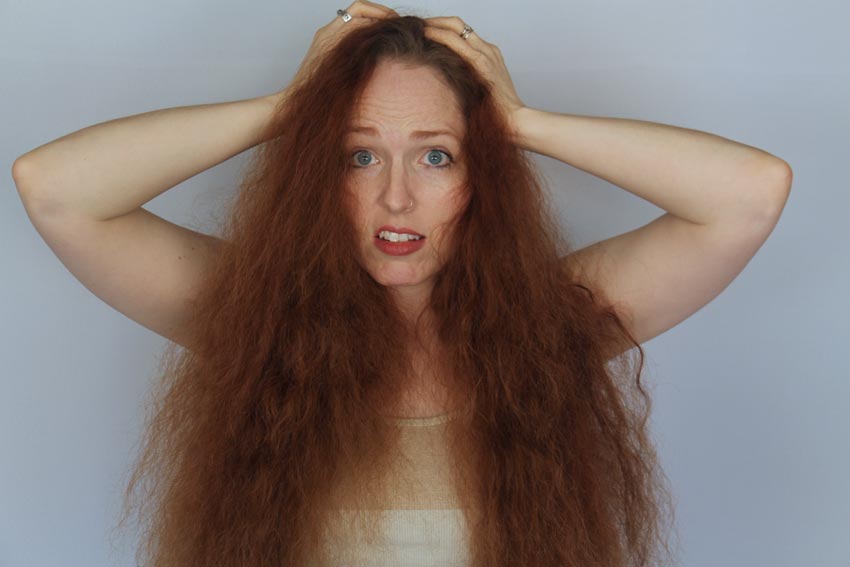 I’ve always loved hair wraps, though, and strongly considered dreadlocks for several years. The consultation I had said my hair would work perfectly for them. 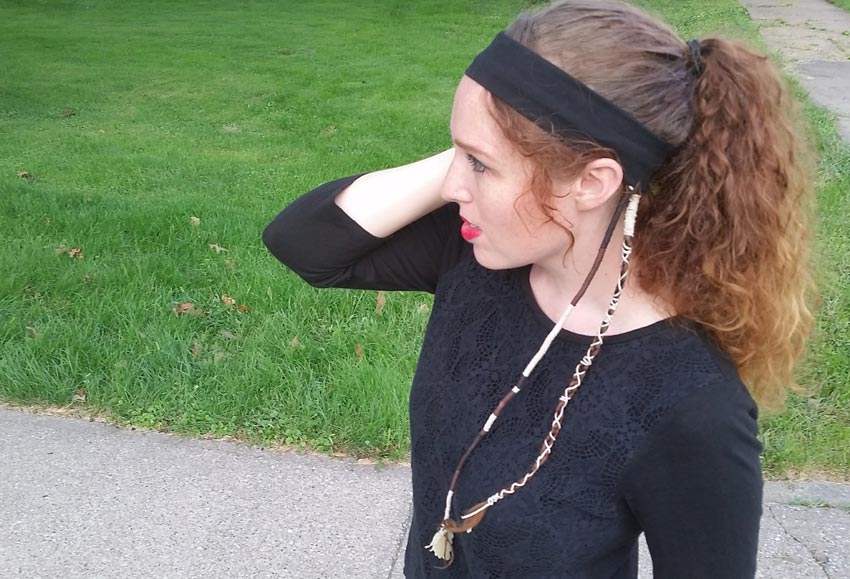 I used to love wearing hats and bandannas, largely because of my fivehead. Probably also related, I hate getting rain on my forehead, lol. 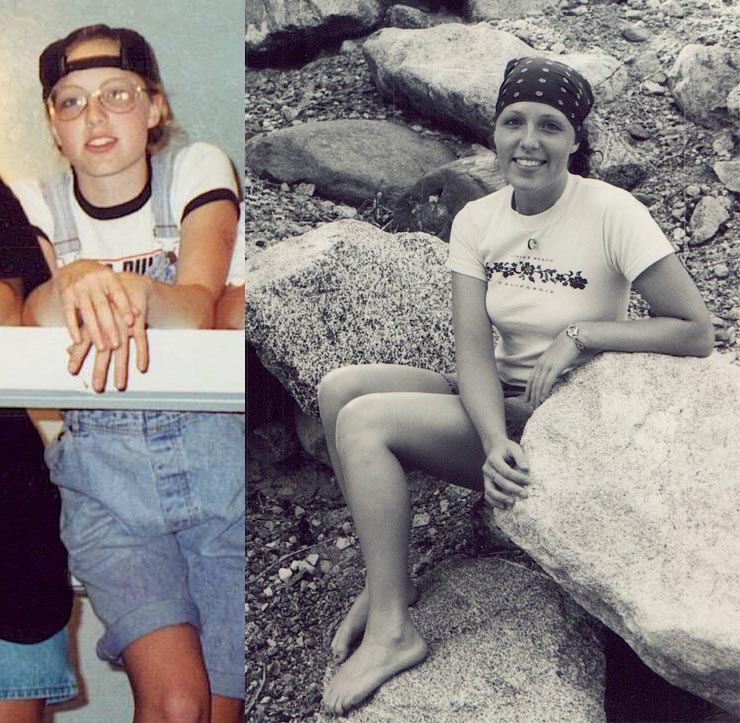 I was homeschooled, in a time where it was exceptionally uncool.

I did this critical thinking competition thing called Future Problem Solving for quite a few years (going to State many times and Internationals once or twice), and it played a big part in developing the way I think and approach things today.

I love other cultures and ways of looking at life, ever since my first trip to Mexico at 12, and living in China as a 15 and 16 year old. Oh the stories… 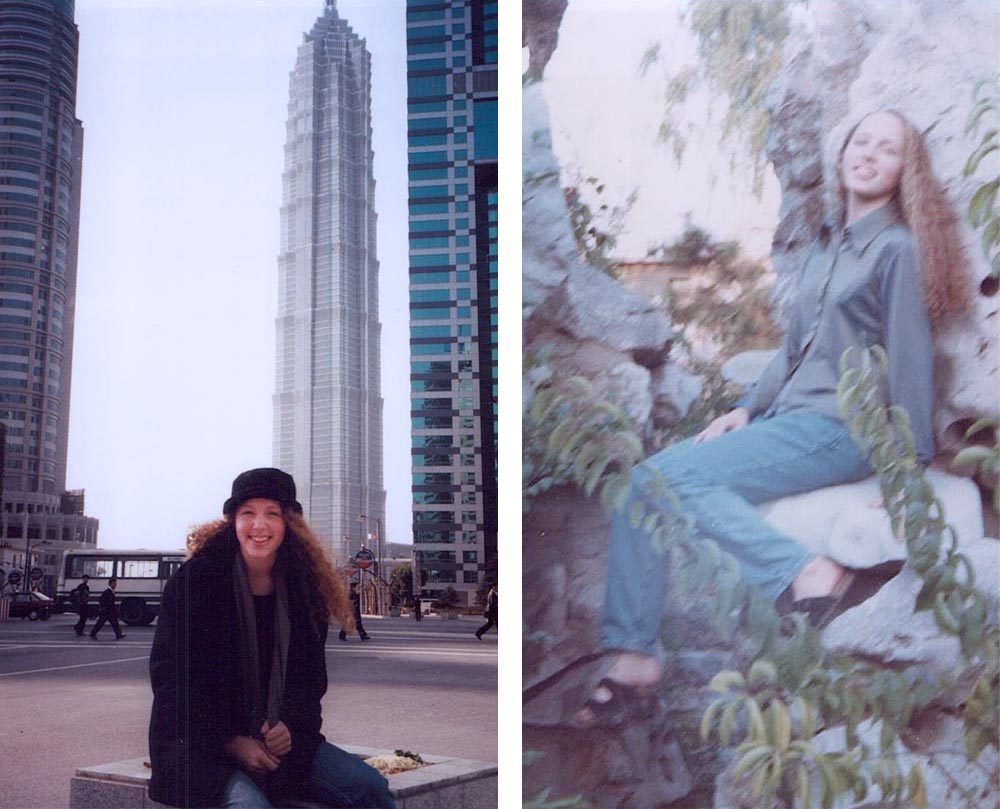 At my dad’s prompting, I cut two worship albums in Chinese (one here) because there wasn’t much access to that sort of thing there. I wish I could go back in time and coach myself… #cringeworthy

I was a face-painting clown in one of my lives.

I’ve never considered myself a real artist, but I’ve been known to mess around a bit. I had a Chinese painting published in a Chinese paper when I lived there. I can’t currently find a picture of it, but here’s a different one, along with a picture I drew of the hubby before we were married. 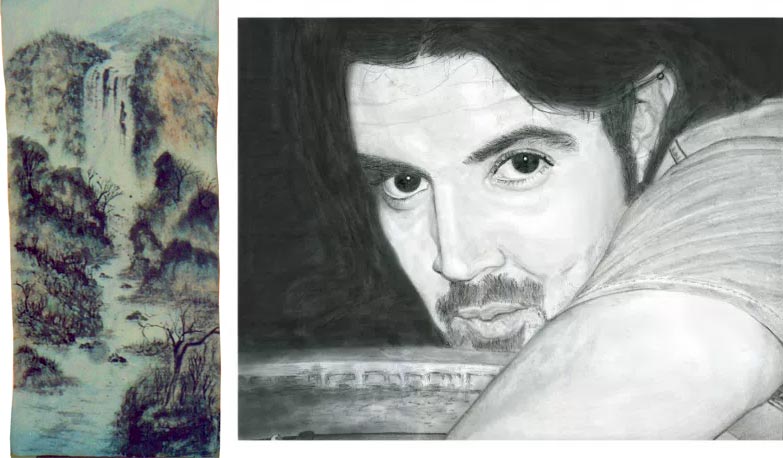 When I discovered the joy of creating via computer (much faster and less messy) in 2004, I was hooked. (David & I ran this web/design business for 10 years, but really wanted to be able to explore what was in our hearts to create, so now we only do that type of work for other people sometimes on the side.)

My favorite thing I’ve gotten paid to do thus far in life was film some videos for Angel Soft. It was weird having clothes and hair chosen for me, but a fun experience overall. I also kept forgetting they might be filming me when the other mom was talking – der.

I was a hypochondriac for way too long.

Other than soup and cereal, I’d almost rather not eat if I have to use a spoon.

The proper way to eat #frostys – the only not-gross-way, that is… ? @wendys This was 2ish weeks ago, but I also enjoyed one this way yesterday. It’s hard not to when they are 50 cents!!!

I have strong opinions and am not scared of confrontation, but love discussion and am constantly re-thinking/re-evaluating/growing…

Tell me something about you!