Aphantasia, or mental blindness, was first noted way back in 1880, but it wasn’t until 2005 that a man came out of surgery complaining of losing his ability to visualize and 2010 when an article was published about the concept.

From that article, more people started realizing they experienced life differently, not from a surgery or brain trauma, but as long as they’d ever known.

It was news to them that people could see in their mind. 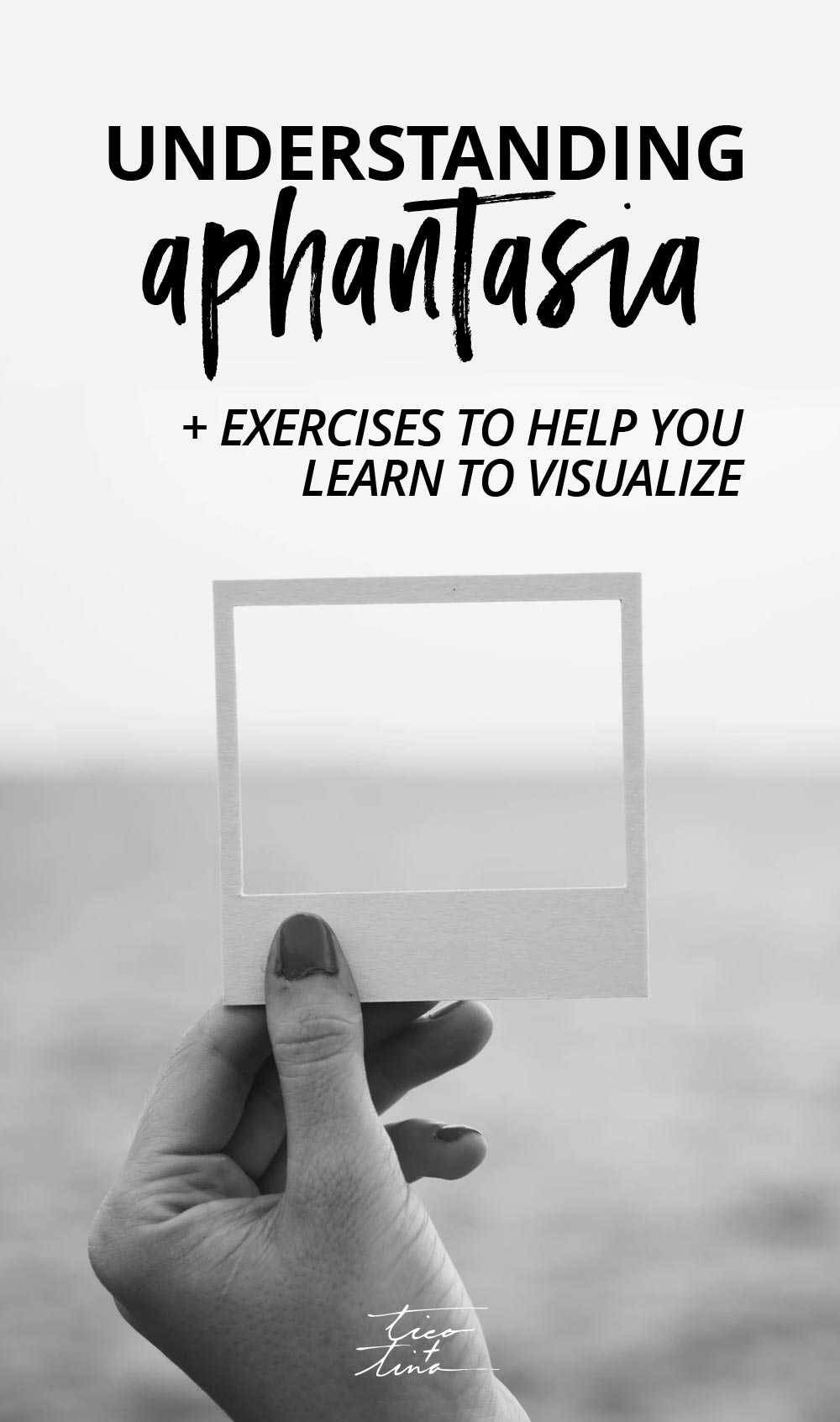 I explained a bit in this video about what it’s like to experience life this way.

(and I have a video describing what it’s like when I’m supposed to do some sort of visualization exercise, in this post where I also explain how I discovered aphantasia was a thing)

This video explains an artist’s struggle with aphantasia.

One technique that has had reported success in helping people with congenital aphantasia learn how to start visualizing is called image streaming.

Alec Figueroa, AKA AphantasiaMeow, is working with people to attempt to help them improve their visualization. He shares on his YouTube channel about some breakthroughs he and his clients have experienced, and this is the first exercise he’s put up, though he intends to add more.

Supposedly the only book that’s been written on aphantasia so far is called Aphantasia: Experiences, Perceptions, and Insights. The reviews say it’s helpful.

Other helpful resources you might want to check out include:

I’m excited to try these exercises and I believe I will learn to fully visualize, though I’m glad I also know what it’s like not to.