there are seriously SO many titles this post could have had… SO MANY. I mulled quite a few over in my head during the 4.5 hours we spent at the airport today, me mostly alone with the two kids. as you can probably imagine, that fact alone wrote many headlines all by itself.

the pathetic thing is that today was NOT even the day we were originally supposed to leave. we first went to the airport yesterday morning, wherein we discovered that the flight had been cancelled due to maintenance. thankfully we realized this while our family was still there, but I felt so bad that they were stuck there waiting for us (on their Semana Santa vacation, no less!) for the next 2+ hours as we stood in line and tried to figure out what we were going to have to do.

it turned out that we could either get to the airport last night at 10:00 and not leave until 1:00am, then wait all day today in Ft Lauderdale for the flight to Chicago, or leave today at 12:30pm and catch the exact same flight from Chicago tonight. with two small children it is probably not too hard to figure out what we chose.

today when we got to the airport we discovered that because our kids have dual citizenship now, we needed a permit for them to leave the country.  ok, so it’s great that they don’t want to allow trafficking of their child citizens, and it KIND of makes sense that they might do a double check, but HELLO our kids are obviously, as PROVED by all of our paperwork OUR KIDS, NOT TO MENTION also US citizens.

we quickly rushed around to try to make sure we had everything we needed to satisfy their demands, and were able to get the airport to make copies of all our passports, so Mr. D rushed them back to the appropriate window where they told him they needed a random printed picture of each child. are. you. KIDDING ME! when he told me we just stared at each other like, uh…………

so I took a picture of each of the kids and handed off my camera card to one of the airline people to go print off on one of their regular office printers, in desperate hope that they would accept that. 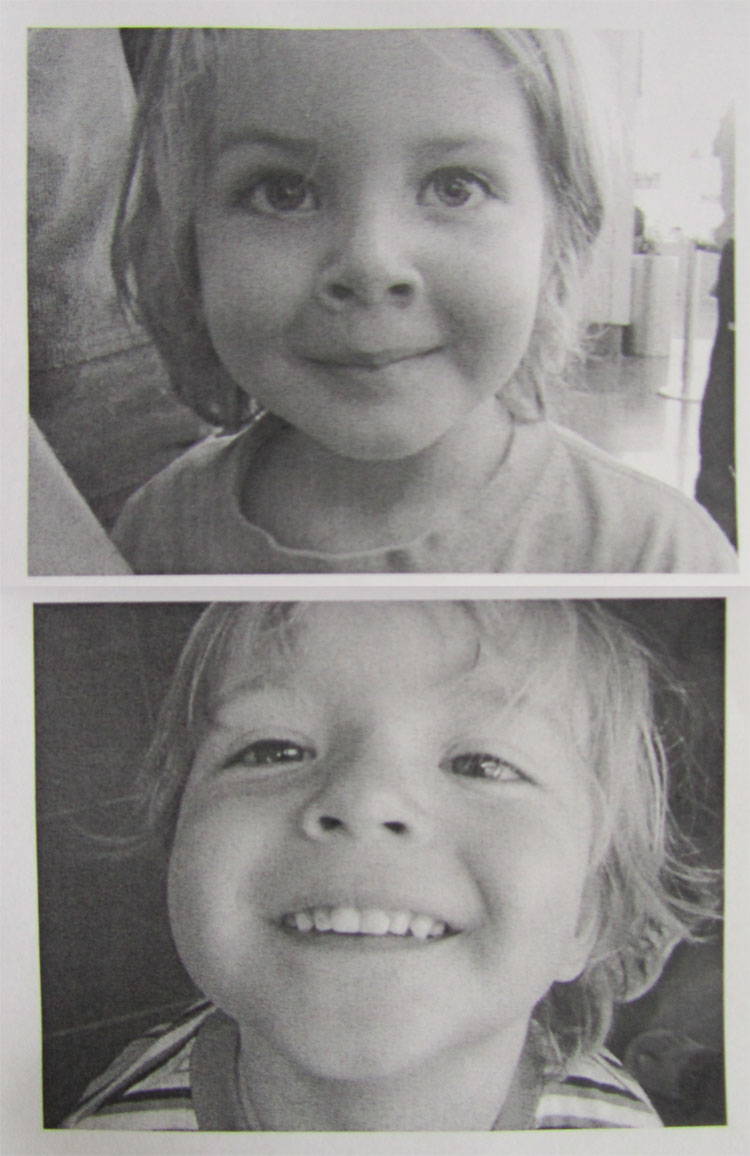 unfortunately it didn’t remotely work. but we sure waited around for the slow poke to figure it out. goobers.

at this point we only had like 20 minutes left to catch our flight, so while we knew it was completely impossible for us to still make it, Mr. D sprinted off with my camera to catch a taxi to Walmart to see if he could print something there.

kids in tow, I walked dejectedly back to where Krista was waiting with our luggage. with all of the stress/emotions of the past week of transitioning and dealing with airport crap two days in a row, you had better believe I could barely contain the well of tears I felt building up.

with only a very short time left until the flight, I knew we had to let Krista go on ahead in case we all ended up having to pay for another ticket. so she quickly checked in (after the airline lady checked to make sure she was old enough to fly by herself – it’s funny how young people think she is, I don’t really see it anymore with her grownup hair cut and color 🙂 ) and then she was off on her own little adventure while I was stuck waiting indefinitely with kids who were growing more antsy and cranky by the minute.

the luggage size check fixture became a playground. I wasn’t particularly happy about that, considering it seemed like a good way to get hurt, or at the very least, stuck! but mostly I was just glad they were kind of entertaining themselves in between the fighting. 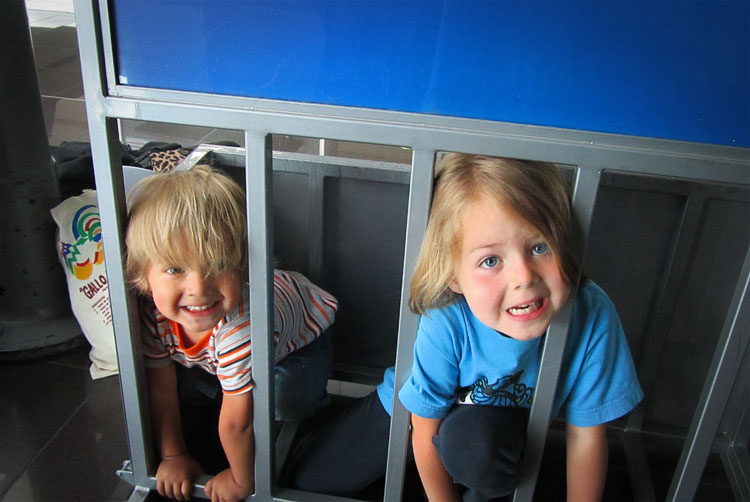 I couldn’t have been more relieved than when I spotted Mr. D’s head bobbing through the crowds, signalling that he was back! unfortunately Wally World let us down. no quick printing options… seriously Wally?!?!?!

so then began a long ordeal of getting our flight switched over to another day. as we waited for the lady to see our flight off, without us, I cried tears for both of us into Mr. D’s chest (he wanted to cry, too, he just let me do the honors). I figured that was better than being on the verge and fighting it all day long. whenever our kids see us hugging they run over to join in, so we had a little family huddle going on.

the part of the saga from yesterday that I forgot to mention was that we found out we had to buy a ticket for Maverick since he is now two. thanks, would have been nice to know when we originally booked the tickets!!! (we entered his birth date and everything, and he didn’t get flagged) one of the guys bent WAY over backwards to make it so that we only had to pay the taxes for Maverick’s ticket rather than whole price. we were very thankful, because while $50 is $50, it is still much less than hundreds.

so between that and Krista having already left (she was booked with us), it was a bit of work for the airline to get everything sorted out. the amazing thing is, they would not have had to do anything other than tell us we had to buy all new tickets, because it was obviously not their fault that we hadn’t had pictures of our kids in our wallets. but they waived our rescheduling fee and were able to get us all transferred over except for two bags which we’ll have to buy again.

seriously, those people that helped Mr. D were angels – they stayed after their shift was over just to take care of us. what was this ridiculously nice airline you might ask? it was Spirit, and I’d have to say that after all of this ordeal I would definitely recommend them.

unfortunately?, all the flights were booked until Wednesday, so our one day do-over has now become almost a whole free week here in our beloved Costa Rica. too bad that “free” actually means shelling out some heavy pocket change. on top of everything else, I will need to go get an extension of sorts on my visa since we will be past 90 days now.

by far the worst thing about all of this is all of the people who are being put out by the situation. not only were Jeff & Rhonda going to pick us up, but now we won’t even be able to see them because they are moving away. (as mentioned in my melodramatic, but heartfelt post a number of months ago)

I also feel just sick that Mr. D’s family took us to the airport TWICE already, and I don’t know what we’re going to do next week for the third time. I haven’t felt this embarrassed in forever. I only feel ok imposing on people up to a certain point, and we are far past that. it sucks.

and of course there is dear Eddy, who along with one of his friends from work, came to pick us up from the airport after we got everything sorted out, and then let us drive his car back home while he went back to work.

sigh. we are so dependent. and humbled. not that we didn’t already feel indebted to everyone involved!

so let this be a lesson? carry around random pictures of all minors in your care in case you run into an extremely asinine situation wherein you have to prove you are not kidnapping them. as though if someone bothered to get all the other necessary documents around to sneak out with someone else’s child they wouldn’t also be able to get a picture. what that STUPID picture is for, I have not a clue, but I can tell you that not much pisses me off like completely illogical policies!!!!! spirit of the law, people, spirit of the law!!!

do any of you have nightmarish travel stories???