You know how there are a LOT of scammers on Craigslist?

We’ve had certain search terms set up for years to notify us when new items are added, so we’re able to spot the tell-tale signs immediately.

I bet I can go find an example right now… 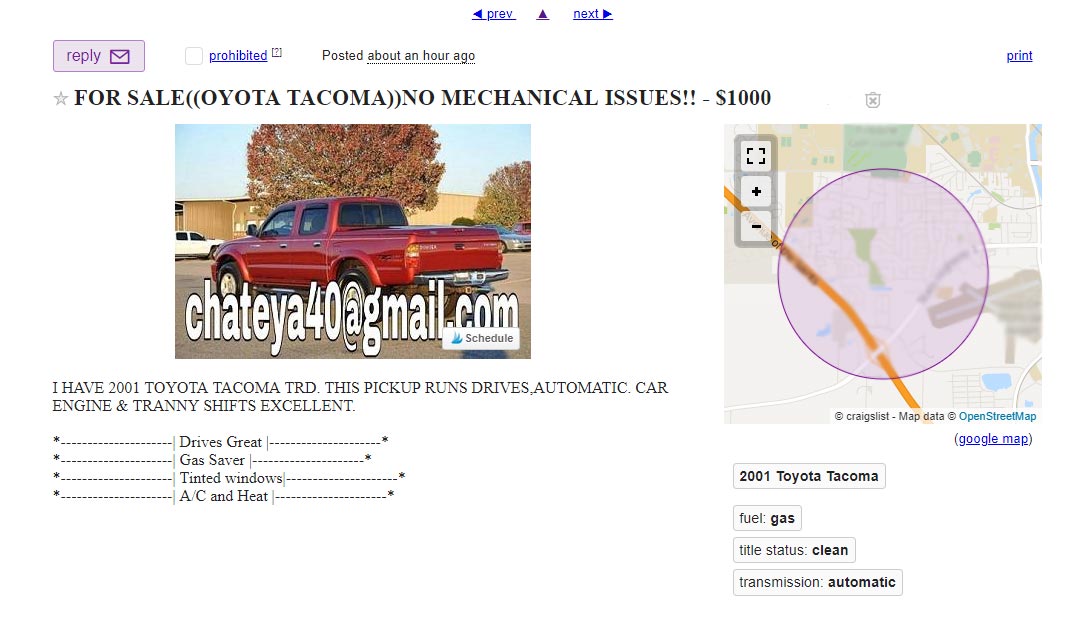 Ok, so this is a more obvious one – fast to spot, with the email distastefully stamped on the image.

There have been several over the years that we’ve thought well, maybe……………?

And gone ahead and contacted them with a wish and prayer (like when they did actually have a number to text), only to be told they can send more details/pictures via email…

The short of it is that it usually ends up being in a different location than advertised, and I guess they think you’ll pay them in advance to have it sent to you. 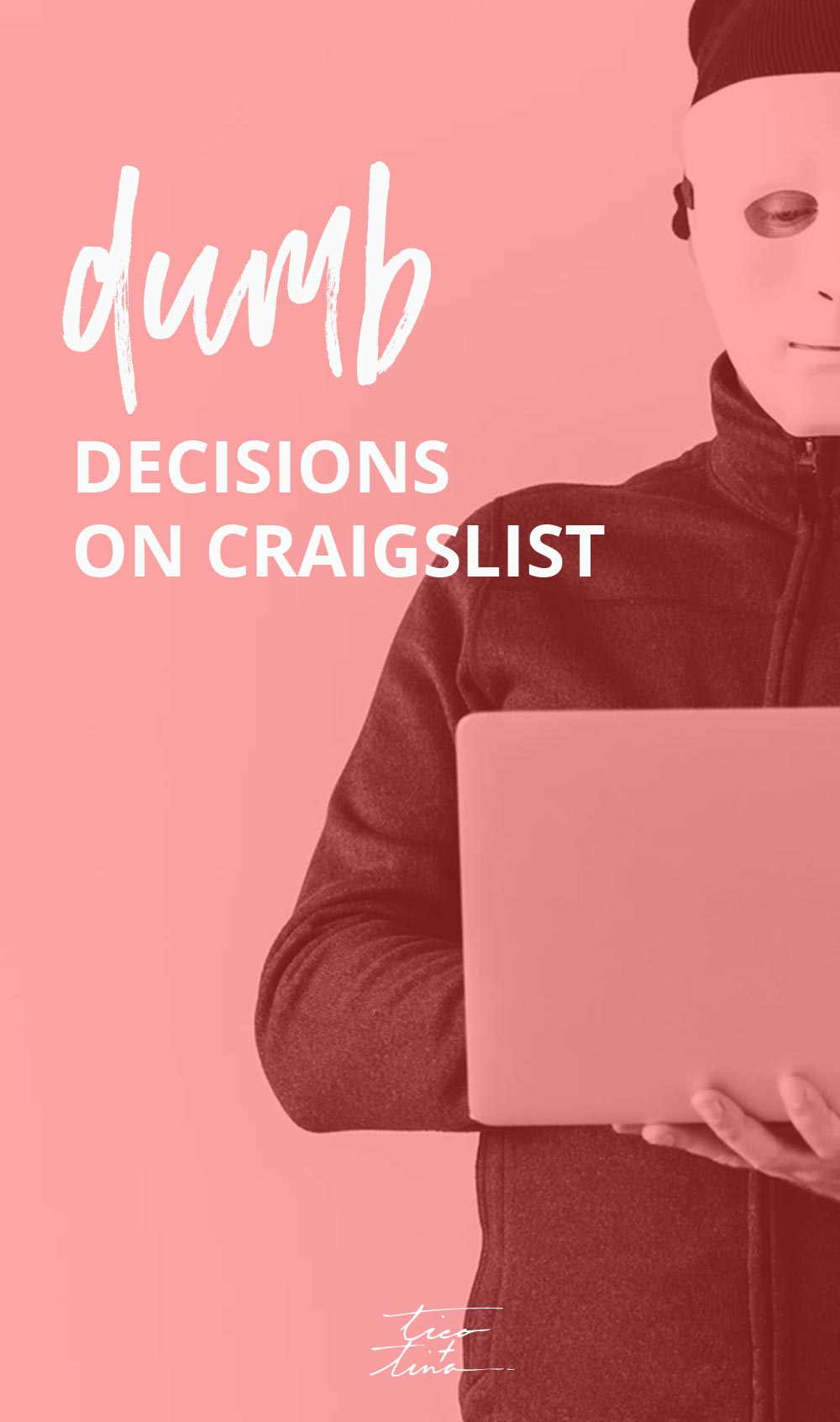 But only really naive people do that, and we weren’t born yesterday, ya know……………….

(We do, however, sometimes make pretty “dumb” decisions.)

As a bit of backstory…

There’s been some stuff in the back of our hearts since 2005 that has played a big part in the foundation we’ve laid for our family.

One of those things is about being flexible for the opportunities that God puts in our path.

We’ve worked on our own since 2012, and been traveling/more south much of the winter since then also.

Finally, in July/August?, 2016, we found a vehicle that pulled a good weight, had decent mileage, and was in the right price range.

We continued to look and look and look for a camper, but just weren’t finding anything. (It felt a little dumb to now be driving a gas hog for no really good reason, but man was it so much more spacious and fun for our frequent road trips!)

Fast forward to August, 2018 when we finally found the perfect camper on Facebook Marketplace. We exchanged messages with the sellers, who said it was still available and they’d let us know when we could go check it out.

We were antsy, wanting to move on it ASAP, but David had to go out to work with a client the next day, so we weren’t sure how we were going to make it work to get the money and drive the hour and a half or so to see it.

We agreed that if it would be a blessing, it was ours. If not, then oh well.

All the next day we were waiting for them to get back to us, even messaging them again to say we could make it work that day… That evening they marked it as SOLD. Never even bothered to let us know someone else was looking at it.

So, back to the hunt…

One night a few days later, I tweaked my usual searches a bit and up popped a camper on Craigslist that looked promising. Annoyingly, it was about 4 hours away and out of state – certainly further than ideal.

We were both excited about the layout, though – a little bigger, with slide-outs, AND was supposedly somehow still a good weight for our vehicle to tow, and it was listed at $100 less than the one we’d found previously!

Granted, it was still more than I had originally really wanted to spend right now. But we’d been watching the listings long enough to know it was a decent deal for our area.

The problem was, we had just returned from our first road trip since having Micaiah and really weren’t keen to try to make another trip so soon.

At the same time, our winter departure timeline was looming closer and closer, and we knew it would take substantial time to work on a camper and get our home in order to leave.

In the ad, the guy had said he’d be willing to deliver the camper, so we thought maybe he’d be able to meet us somewhere and shorten the trip.

Something wasn’t adding up, though.

He was telling us he thought the camper only weighed 6K, but from what we were finding on the manufacturer site, it seemed that it must weigh at least 2K more – basically at maximum towing capacity for our vehicle.

David called around and talked to a guy at a dealership who made him feel a little better about it. “He didn’t laugh in my face and say I was crazy for considering it…”

We agreed that IF we would do it, we’d definitely at least be sure our vehicle was up to snuff before trying to make any trips.

Were we really considering making a big long-distance purchase like this???????

Possibly the stupidest thing you could do on Craigslist?

We wired them half of the money, the other half to be paid on delivery.

Were we operating out of the “abundance” mindset we’d chosen to intentionally pursue – believing everything would work out if we were taking the step we felt we should take in faith?

Or was it a subtle lingering “lack” mentality – not being wiser in our dealings, or perhaps even sort of giving up and settling for something that might not work out…?

“Embracing Small” Takeaway: We’re going for it. On a scale from 1 to certifiable, how crazy are we?