Although we’ve drooled over tiny houses for many years, as our kids got older it seemed less and less practical, so we pushed the notion of actually living in one to “maybe someday”.

We knew there were creative ways to make it work with older/more offspring, but we also knew it would be rather cost prohibitive. We aren’t so keen on the tiny lifestyle that we’d drop the amount of money that could be invested in a regular house, at least not at this point in our lives!

When a combination of factors lead us to attempt to finally pull the trigger on a camper in 2018, we knew there were several things we wanted it to have.

Haha! I guess that’s pretty much it!

If we would be building a tiny house we would have tons of things we’d want planned into the design, but for a camper?

Basically, we just wanted everyone to have their own space.

We weren’t looking for something with slides because we knew that made the trailer heavier for towing.

When we purchased our vehicle in 2016 we made sure it was a model that would tow close to 9K* in order to accommodate the types of campers we had been looking at on the market. (Back then we were open to the kids not having their own room. They were younger and we just had a different vision for it all.)

*There are many vehicles that actually went down in towing capacity in newer models.

Then this camper popped up with 2 slides and supposedly only weighing 6K. It even had a larger fridge!

Here are the pictures we had from the camper before we wired them money like idiots… (well not complete idiots, we also had them send us some video showing more details, ha) 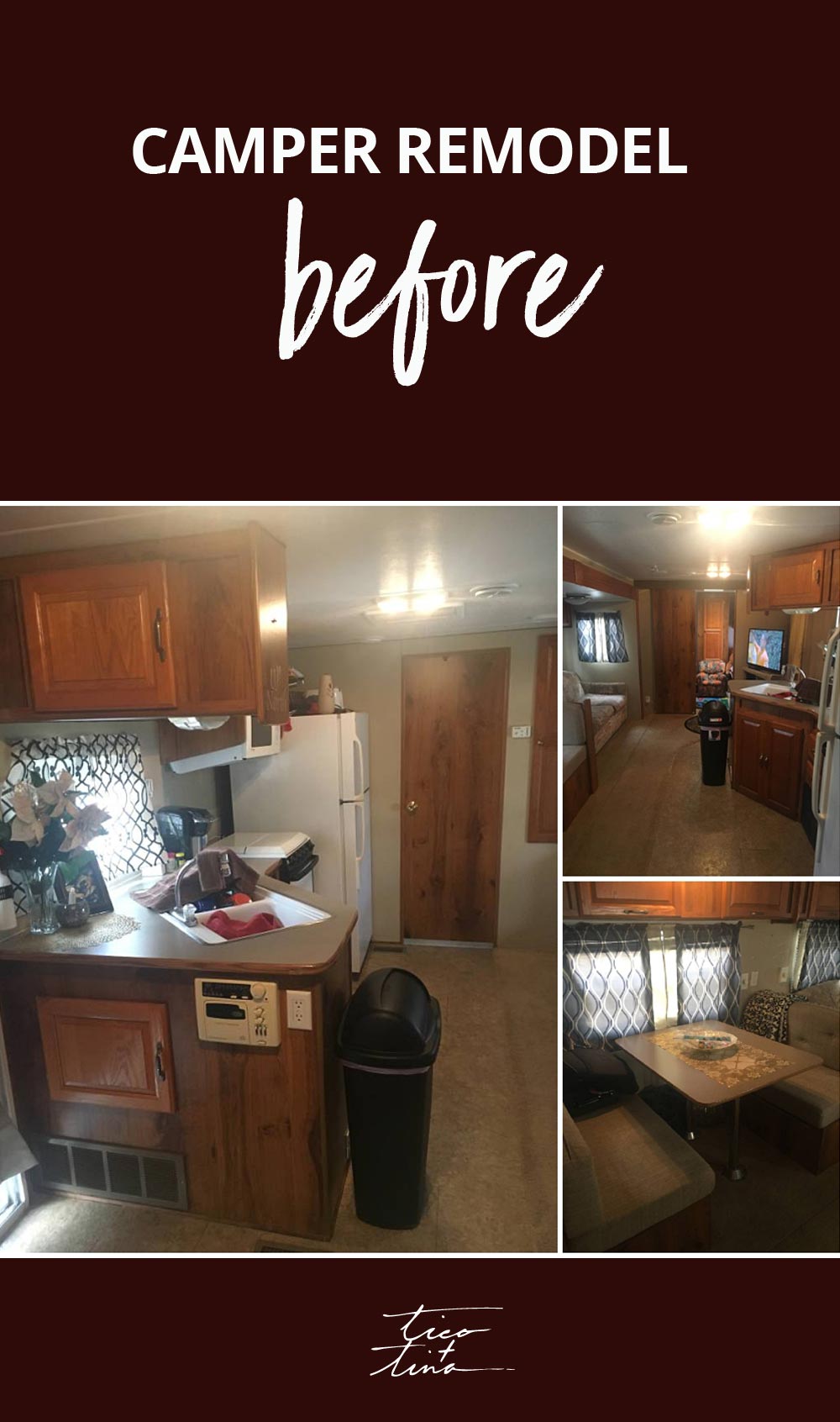 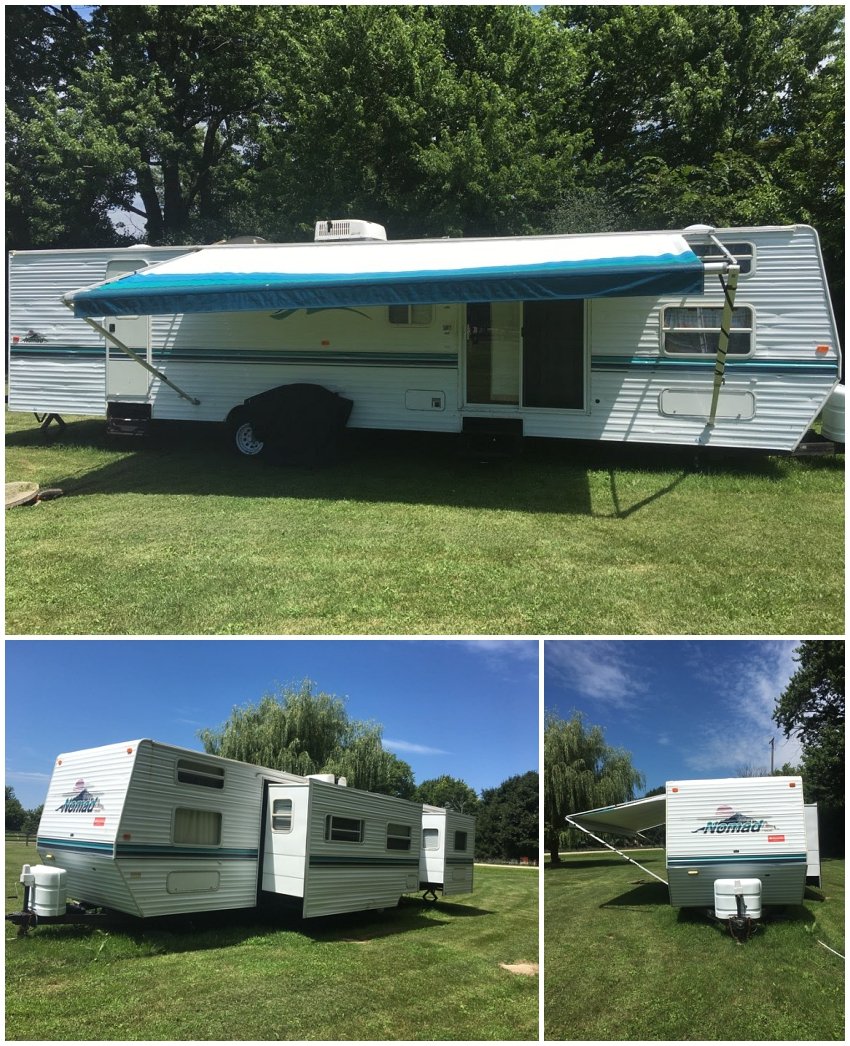 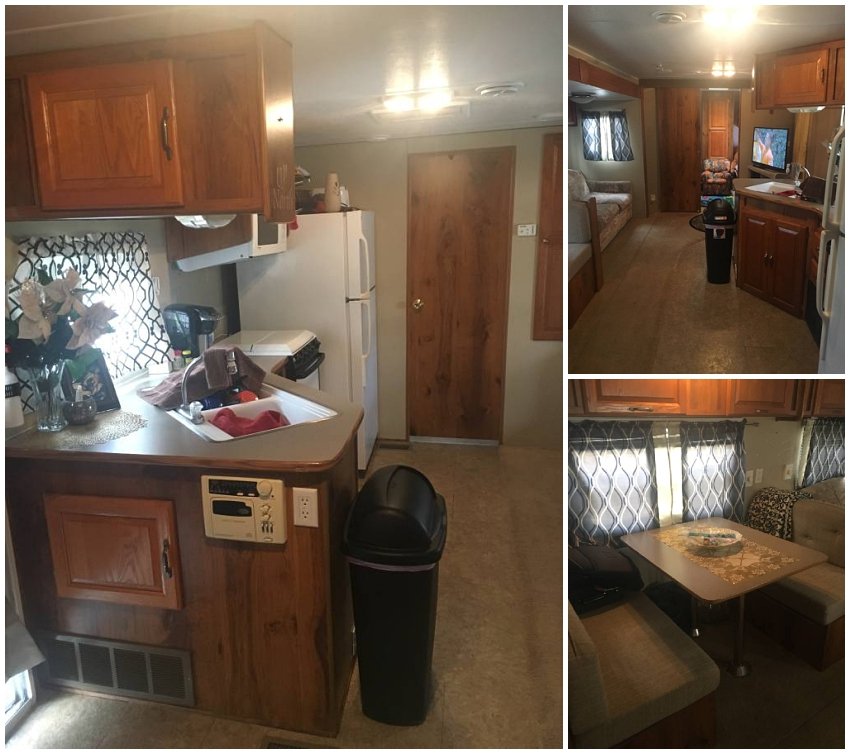 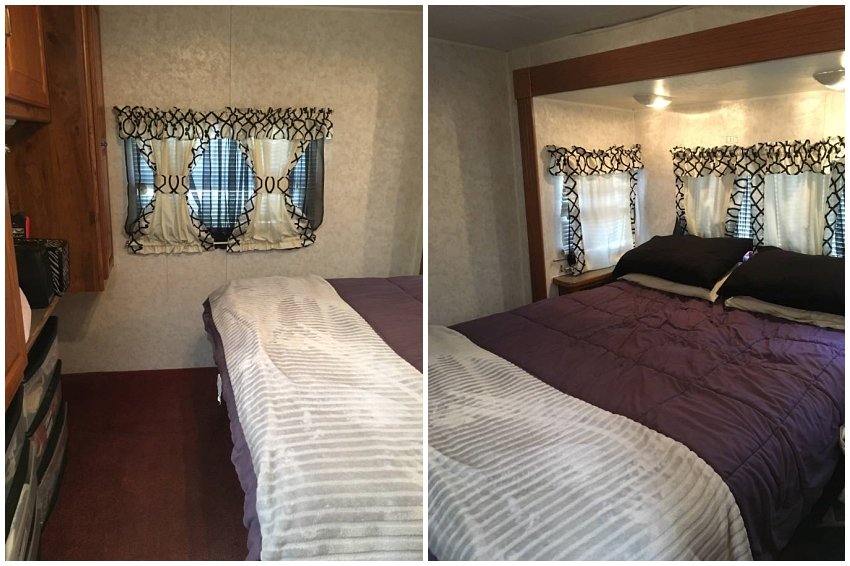 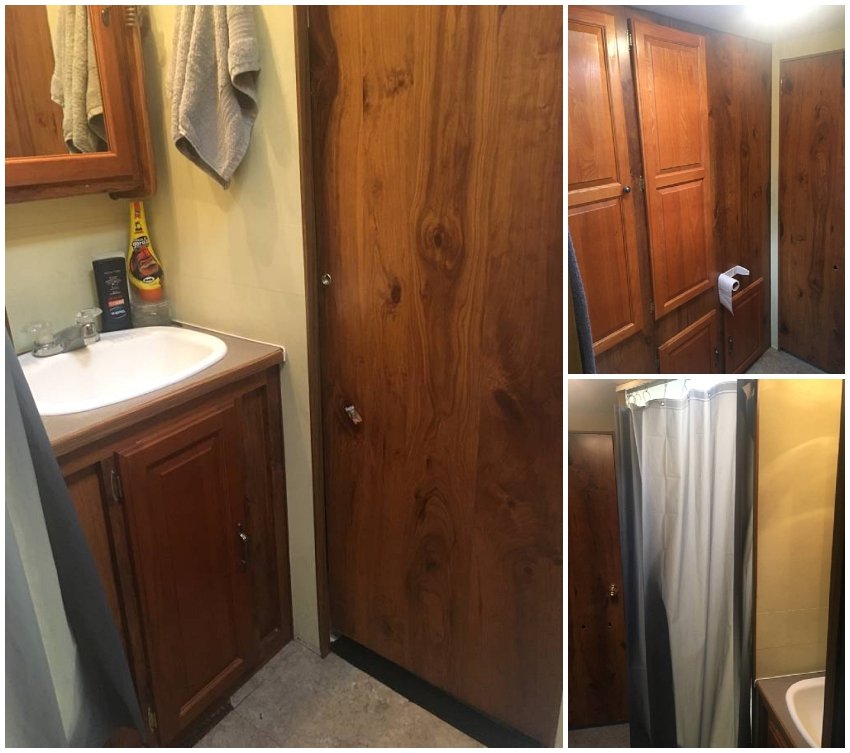 “Embracing Small” Takeaway: What’s that saying – “Aim at nothing and you’ll hit it every time”… It’s important to determine what’s most important to you, and ideally, stick to a few big things. The little details can be fun to dream about or imagine, but it’s rarely helpful to get hung up on them. What are some important aspects to you in a living space?