It’s odd, but I don’t actually quite remember how I first started praying in tongues.

I do know that I was in a mission training program at the time. It was 2002, and I believe it was at some sort of church event – maybe an invitation or something.

What I do remember is the next day.

My team was on kitchen duty, so I was setting tables for the next meal, happily praying along, when I distinctly heard in my mind “this sounds silly, it’s not real”.

Admittedly, my “vocabulary” was extremely limited to only one or two syllables, so I quickly agreed and dropped it.

It took such little opposition because I didn’t have a good foundation of understanding about tongues – there were bits and pieces I wasn’t sure about.

I chalked it up to a well-meaning mistake on my part – I hadn’t really “gotten” the “gift” of tongues.

Fast forward to 2015 and I knew I was missing something.

Answering questions and hangups about tongues…

As part of my quest for more, I purposed to get to the bottom of “tongues” and I found some teaching that helped clear up my confusion on the topic, which removed any reservations I’d had.

This teaching answers the common objections, such as “if I’m a believer I already have the Holy Spirit“, and “tongues isn’t for everyone“.

One of the most useful distinctions for me, however, was between the different types of tongues that Paul talks about in 1 Corinthians. (This is all expounded on in the teaching.)

Even if you’re not confused about the instructions for tongues like I was, though, there are 4 main obstacles that can keep you from operating in the gift.

I definitely had some overthinking going on, but that was largely resolved when my confusion on the topic was addressed.

I certainly also had some reservations about getting something that wasn’t really from God – making it up myself or being mislead. I realized that I was caught up in trying to trust my own discernment (fear), rather than focusing on trusting in the goodness of God.

And finally, I had had a bit of the common notion that I was waiting for God to just suddenly start controlling my tongue…

The truth is, He doesn’t force you… you’re in control the whole time. It’s the language of surrender and faith. It’s like starting the engine, and then the Holy Spirit puts his foot on the gas.

The comparison given in the teaching is really helpful to me. Our English alphabet has only 26 letters… but an author can arrange those to write anything. When we pray in our regular spoken language we’re attaching our own meaning with human reasoning. When we pray in tongues we “give” the Holy Spirit syllables and sounds he can attach his own meaning to.

How I started praying in tongues again…

After I went through the teaching on tongues, I closed my bedroom door and just trusted and asked the Holy Spirit to speak through me.

I waited for a minute or two maybe, but pretty quickly I felt the emotion well up in me from deep desire and I began crying and praying simultaneously – very simply in faith.

There aren’t words for the release and relief I felt.

It was as though the deepest part of me was finally connected and understood in a way I’d never experienced before.

Over the next while as I continued to use tongues in my prayer life, I was thrilled to find myself growing in leaps and bounds.

I would awake in the night with new revelations on things I’d long wanted answers for. I felt like a new person from one week to the next, and was reminded of Mark 4:27 “…and he goes to bed at night and gets up by day, and the seed sprouts and grows—how, he himself does not know.”

One of the things I most loved about praying in tongues during this time, though, was the way it helped to keep very present in my mind how much more I was and there was beyond the humdrum and frustrations of the everyday.

It felt like it was tying me so much into that “more”.

Over the years, I’ve come to realize the way that praying in tongues operates on our subconscious minds to work through issues and properly align us with truth – speaking directly from Spirit to the part of us that has the largest (behind the scenes) impact on our day-to-day lives.

It’s the fastest and most effective way to create change, because it’s by-passing our often over-analyzing, much slower-processing conscious mind.

Sometimes I have no idea what I’m praying about or working on, but most times now I pray with intention and am amazed how quickly I’m able to sense what my hangup in this or that issue has been and how it’s being resolved inside me.

I honestly cannot recommend the use of this God-given tool enough, and only wish I’d truly tapped into it much sooner! 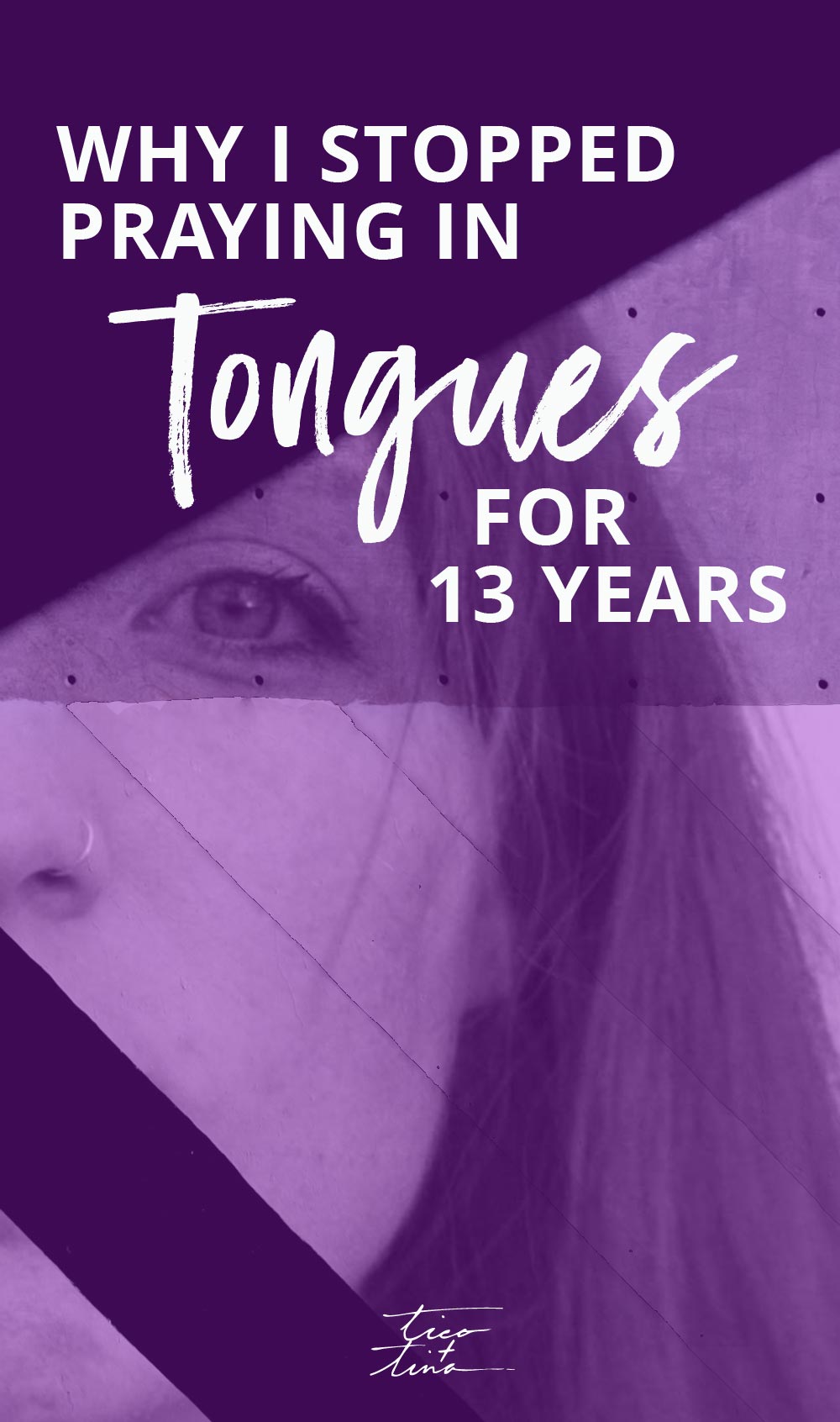