Charlie Tremendous Jones said “You will be the same person in five years as you are today except for the people you meet and the books you read.”

I would add to that – and except for the things you practice. 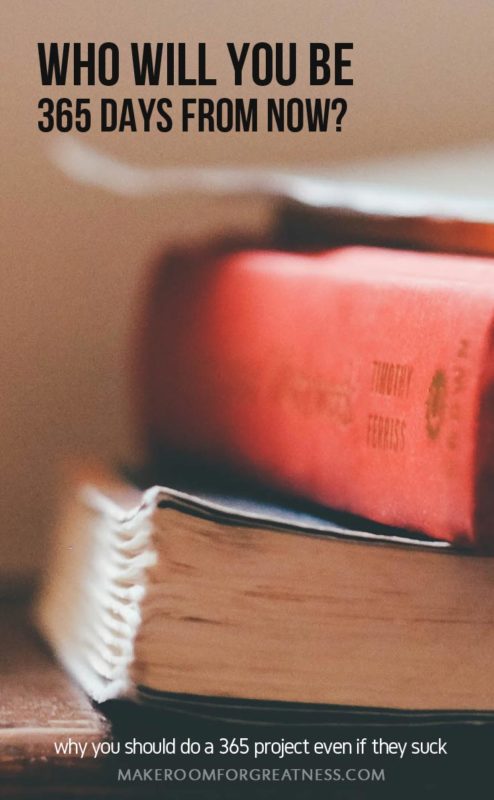 A 365 project is a daunting challenge to accept because you know beyond a shadow of a doubt that no matter how fun it is, there are going to be (maybe a lot of) days that you simply don’t want to do it.

We knew this several years ago when we decided to tackle not only celebrating a new holiday every single day for a whole year, but also posting a video for each one. Apparently we were just stupid enough to do it anyway.

And we don’t regret it for a second.

5 Reasons We Love 365 Projects Even though They Suck

3 Things We Learned though #Celebrate365

Anything is possible with a little bit of planning.

We tried to pay attention to what holidays were coming up so that we could incorporate them into our regularly scheduled life as much as possible.

We were actually pleasantly surprised by how simple the process became when we just accepted that it was part of our day and worked around it.

That doesn’t mean it didn’t suck sometimes, but it was so worth it. We did so many things we would never normally have done and it’s nothing short of awesome having those videos and memories to look back on!

2. There really is more than one way to skin a cat.

Who in their right mind skins cats? No one sane wants to do that. But the point remains that creating limitations for yourself forces you to look at things from new perspectives.

When we were stuck with holidays we were completely uninspired by, we had to put our heads together and come up with something that could pass as celebrating them. It was surprising how often they ended up becoming favorites.

3. Always leave room for flexibility within your structure.

We already knew this going into the project, but it was definitely reinforced throughout the process.

The most important part of the structure is staying consistent with the timeframe. Once you fudge on that, you’ll find all sorts of excuses why you should do it again.

What’s not important at all is perfection.

I’m not suggesting you half-a$$ it, but many of us get so hung up on trying to get something right that we don’t get it at all. Be flexible about how you accomplish what you’re trying to do and what the end result looks like – as long as you’re doing something, give yourself grace with the process.

With our #Celebrate365 project our goal was to practice creating videos, editing, and stretching our creativity, not to mention the self-discipline to make ourselves do all of the above.

When is the best time to start a 365 project?

There is nothing magical about Mondays or January 1.

365 days from today is 1 year no matter what today is.

The sooner you start practicing is the sooner you’ll be awesomer at whatever it is you want to do.

If you need some ideas for 365 projects check these out, and here’s the project we’re doing this year that you’re welcome to join!